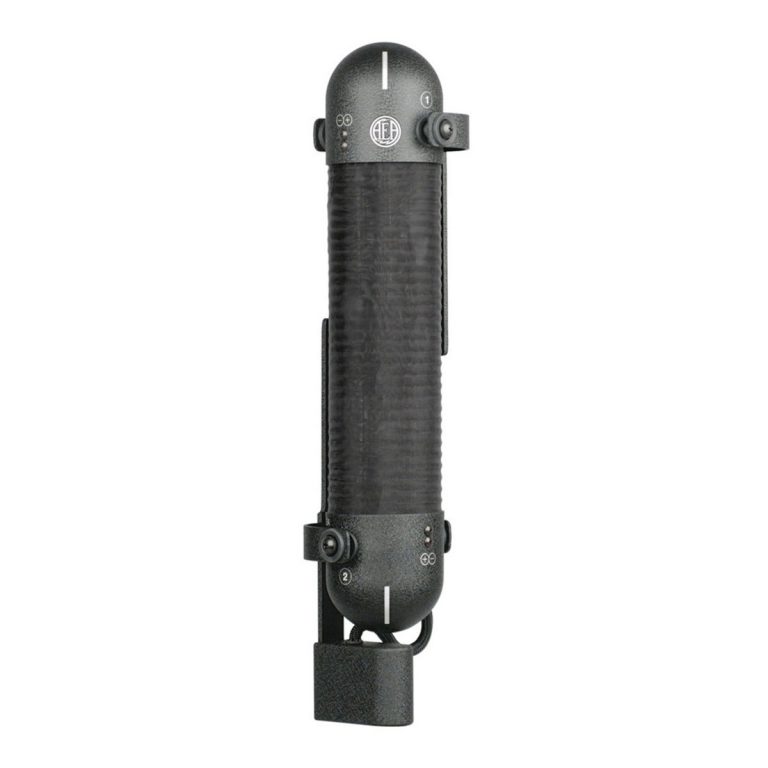 The stereo R88 captures a space as it sounds live and in person, with all the present subtlety and nuance. Its expansive frequency response and balanced low end make it superbly effective when capturing the full breadth of sound from the back of a room or above a drum set.

Alongside the mono AEA N8, it boasts the widest frequency range of any mic in the AEA lineup and effortlessly manages more complex source audio like drums, strings, piano, and other instruments that produce intricate transients, harsher highs, and bellowing lows. The Blumlein configuration of the ribbons allows for a sweeping range of perspective, so an entire ensemble and room can be captured by the R88 alone.

The R88mk2 is the engineer’s secret weapon, offering a level of detail and balance in recording like no other microphone available. Packaged in a sleek, five-pound black shell designed for quick setup, it’s an excellent choice for remote recording.

Particularly well suited for the rock, roots, classical, Americana and jazz genres, the R88mk2 has such versatility that engineers like John Cuniberti use it as their one mic to capture an entire band performing live in the same room. There is a reason that legendary Blackbird Studios in Nashville owns five R88s.