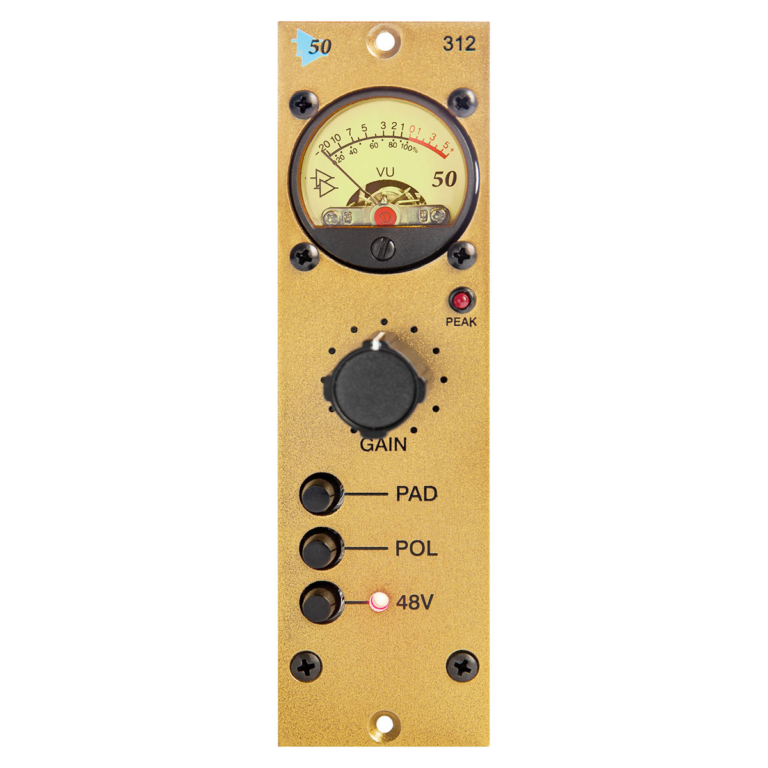 The API 312 50th Anniversary Edition is a faithful reproduction of the original 312 microphone preamp used in API consoles from the 1970s and still highly sought after today. Packaged into a modern 500 Series module, the 312 is one of API’s most famous mic preamps and is the basis of the highly successful 3124. Starting from an exact reproduction of Saul Walker’s original 312 printed circuit board, API engineered this classic design true to the original, including the hand-wired gain pot and switches. The 312 also features API’s AP2516 Input Transformer, and has included a vintage style analog VU meter and a Peak LED indicator. Each unit carries an individual serial number noting the limited run of 150 Anniversary Edition Units.