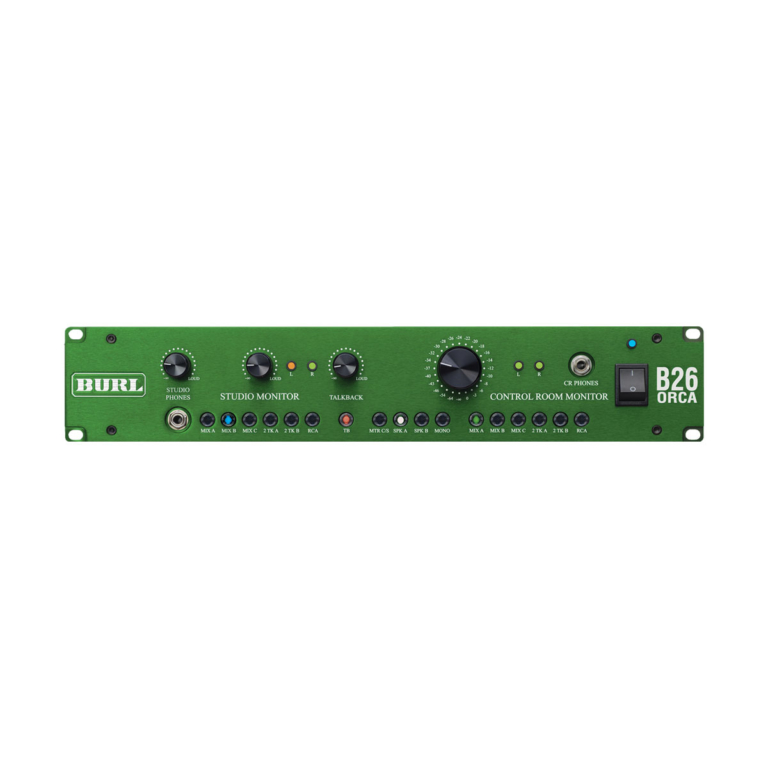 The B26 ORCA is the most highly evolved of all aquatic species. One who uses sonic superiority and harmony to dominate his environment, the ORCA is the APEX PREDATOR of all of the oceans of the Earth. Thriving off of the Island of VANCOUVER, pods of ORCAS silently stalk their prey, present just under the surface; listening, threatening. The ORCAS superior sonic 3D imaging gives them an unfair, competitive advantage over whatever they may view as prey. Surfers fear great white sharks. Great white sharks fear ORCAS.

Building on the ORCAS reputation of sonic superiority, BURL AUDIO introduces the ultimate in control room monitoring, the B26 ORCA. The B26 ORCA utilizes the same analog, all discrete circuit path philosophy as other BURL AUDIO products with an emphasis on the ultimate in sonic transparency and 3D stereo imaging.

Evolve your listening, mixing and mastering through the B26 ORCA and give you and your ears an unfair competitive advantage.