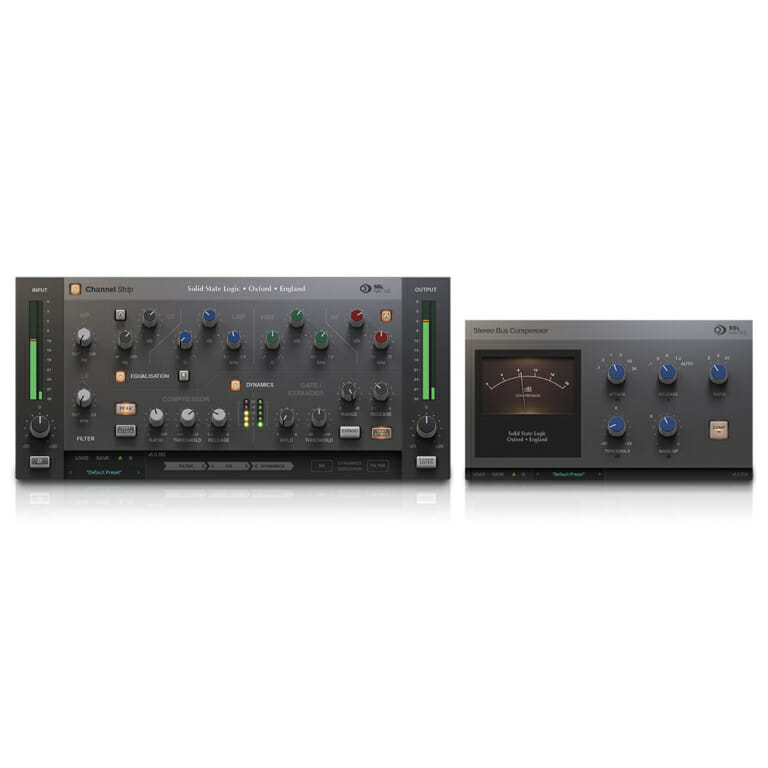 The classic SSL console sound for your DAW.

Classic SSL console EQ and Dynamics Processing for your DAW.

The sound of the legendary SSL Stereo Bus Compressor.

The centre section compressor from SSL’s 1980’s G Series analogue console is an audio production legend. It is the secret behind countless classic recordings. It is a simple unit with a simple purpose; it makes complete mixes sound bigger, with more power, punch and drive. It brings cohesion and strength to your mix without compromising clarity.

“Sticks your mix like audio glue.” – That’s how we often hear the SSL Stereo Bus Compressor described, along with – “You strap it across your mix – and it sounds like a record.” We could wax lyrical about the technology – but hey, you already know how great this thing sounds – you’ve heard it on countless hit records from the last three decades.

The Dec 2018 SSL Native v6.2 software release adds two new features to the SSL Native Bus Compressor; a Dry/Wet mix control and side-chain High-Pass Filter. The Dry/Wet mix control blends between compressed and uncompressed signal, allowing quick and easy parallel compression without using additional busses. The addition of the side-chain high-pass filter allows for reduction of the amount of low frequencies in the audio that is triggering the compressor so reduces unwanted pumping effects.