Home » The Milk Audio Store Blog | Tutorials and Insights on Audio Production » Recording, mixing and mastering - tutorials and techniques » How to Reamp an electric guitar or bass

How to Reamp an electric guitar or bass

Since the arrival of MIDI, keyboardists could avoid thinking too much about the final sound of recorded tracks as it could have been changed in post production.

The trick was to record a MIDI track together with the audio ones. The MIDI track was to be used in post production to pilot expanders or software instruments to get the right sound different from the tracked one.

Also guitarists and bassists can use a similar technique called Reamp. Let’s see in this post how and when it becomes useful.

We learned, in a post published a few weeks ago, that the amount of signal delivered over a load by a signal generator depends on the impedances of the two.

The condition to be verified is that the load impedance connected to the guitar (or bass) has to be a lot greater than the instrument’s output impedance.

The magnetic pickups are realized (let’s keep it simple) with a thin metal wire wrapped around a magnetic core.

The pickups are connected to the Tone and Volume controls and, via the cable, to the input of the amplifier (or effects).

Without getting too technical and simply reasoning about the circuit architecture we can say that:

The resulting circuit has a frequency dependent behavior as well as an impedance value that also depends on the frequency. The result is also influenced by the Tone/Volume circuits and by the quality and the length of the used cable.

So, finally, the input impedance of the instrument’s amplifier must be very high to properly load the guitar/bass and keep all the nuances of the performance..

We typically find 1MOhm (one million of Ohms) which is a lot more than what we find in the Line inputs where we have 10KOhm (ten thousand Ohms).

Let’s keep this in mind and let’s go back to our problems (how to modify the guitar or bass sound in post production).

The Reamp works in two phases: track and mix.

During the tracking phase the Engineer has to record the miced tracks plus a clean one.

For the last part he/she needs a Direct Inject box (often known as DI box). This device gets the signal from the instrument and makes to things:

A DI box sample is the RND RNDI that you can find in our store.

The DI box must have a Thru output to be able to send the signal to the amplifier.

In this way a clean and reliable signal can be recorded together with the tracks coming from the microphones around the speakers.

At the mix phase it is obviously possible to use the recorded tracks but, if required, the clean signal can be used to feed a new set of amplifiers to get a sound that can even be very far from the original one.

With this procedure the clean track works for the guitar/bass just like the MIDI one does for the keyboards.

Unfortunately the signal available at the Line output of the interface it is not suitable to feed the amplifiers. It needs to be processed to go from Line level and impedance (+4 dBu, 10 KOhm) to values compatible with the instrument inputs available on the amplifiers or the pedal effects (-10 dBm, 1MOhm).

The Reamp box come handy for this task. They can even be integrated into the audio interfaces. Let’s see some examples.

Since ever Radial comes to help us with several tools very useful for the studio life. For Reamp we have the JCR and the X-Amp (with the latter being available for both System 500 standard as well as a separate unit).

Radial JCR is a passive unit. It utilizes the original Reamp circuit designed by recording industry legend John Cuniberti, providing exceptional audio quality that preserves every detail of the original recording while optimizing it to feed amplifiers and effects pedals.

Radial X-Amp has the same features as the JCR but is provided with an active circuit designed by Radial engineers. It can operate with two outputs at the same time.

Among the several positive features provided by the Antelope Audio interfaces there is also (for selected models) the full support to the Reamp technique both in tracking as well as in mixing phases.

Antelope Orion Studio Synergy Core gives us the possibility to track with up to twelve inputs at Instruments level. Virtual amps are available among the effects to have a suitable guitar/bass sound without using any amp.

While mixing it is possible to reamp without using external devices thanks to the availability of two specific Reamp outputs.

With the Antelope Audio Discrete 8 Pro Synergy Core we have the two frontal inputs that can be configured as Instruments.

Also in this case to Reamp outputs are available in the back panel as shown in the following picture:

Let’s close this section with a video tutorial provided by Antelope Audio showing hot to configure the interfaces to have Reamp realized.

As always happens with audio, these techniques and tools can be used in different scenarios.

Have you ever tried to amplify your vocal tracks with a Marshall stack? Results are weird for sure but they can be interesting in several situations. The same can be done with synth tracks that can be processed by guitar or bass amplifiers or with full guitar effects chains without losing anything of the original quality.

The limit, as usual, is the fantasy of the producer or the engineer. Try by yourself and have fun! 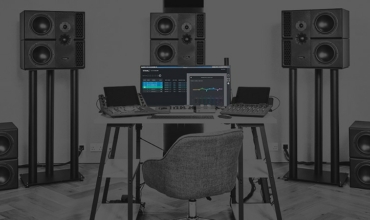 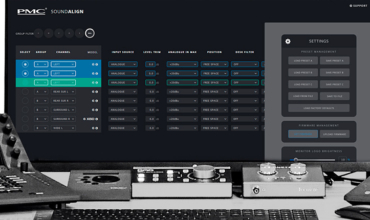 A few weeks ago we have been looking at how to optimize the room acoustic. In that post, the last… 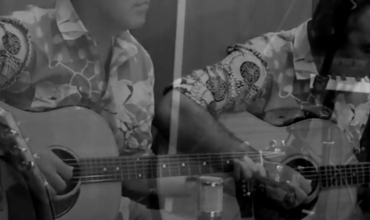 The acoustic guitar, just like all the non electric instruments, needs to be carefully recorded to get all the sound… 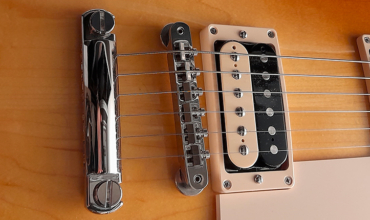