Home » News and updates » Oscillators and generators for modular systems

Oscillators and generators for modular systems

Posted in Tutorials and insights on synthesis and synthesizers
Posted on 26 April 2022
Share this post
Reading Time: 6 minutes

The last time we talked about the Sequencer in modular systems. They are meant to generate Pitch and Gate signals to control the modules assigned to sound generations.

Among those (the generators) the oscillators are those being used at first as primary sound sources.

Simple at the beginning and more and more complex they are still being thought of as the starting point for the sound synthesis (either modular or not).

The principles at the base of the oscillator’s operation

The principles from where the oscillators operation is based on are:

In the first case the output signal of an amplifier is fed back to the input without phase inversion with a selective network tuned on the oscillator’s frequency. With just a small wideband signal to work as a stimulus (such as the wide band noise generated by the circuit’s components) a regenerative process starts and holds until the system gets to a stable state generating the desired (typically a sine wave) signal.

The relaxation oscillators use a charge and discharge mechanism from one or more capacitors (with levels and timings depending by the circuit’s parameters). With theese circuits, typically, we get square waves which can be processed (via integration or derivation) to generate sawtooth or triangle signals.

As always happens, starting from the principles and thanks to the ingenuity of the designers, more complex circuits are designed to give extremely complex waveforms.

Oscillators can obviously be realized via digital circuits. In this case it is possible to algorithmically emulate analog generators (virtual analog) or to define completely new approaches with the limit being represented only by the fantasy and the programming skills. Let’s see some relevant examples among the catalog available at the Milk Audio Store, more cases could be picked directly by the reader just browsing through the store’s lists.

This device can either be an audio oscillator or an LFO capable of generating different waveforms and with thru-zero FM capability.

Rubicon2 is a flexible, feature-rich, completely analog oscillator ready to scream or sing to meet the demands of your patch and the desires of your imagination.

Rubicon2 is the second generation of the classic Rubicon triangle core analog VCO, designed in collaboration with David G. Dixon.

The technical specifications are:

This device implements the principle of additive synthesis controlled by a set of carefully tailored macro parameters to harness thousands of sinusoidal partials that altogether form the resulting sound.

The interface is kept simple and accessible, so you can easily build rich and full, great sounding timbres of very complex spectra, that can be either harmonic or inharmonic.

Even though inharmonic spectra yield non-periodic waveforms, all partials are frequency related to the common fundamental controlled by a V/oct input.

The series of harmonics can be squeezed or spread apart, tilt, and pruned by a comb-like frequency response, resulting in a variety of unearthly sounds. Animating the comb response yields radical effects similar to flanging and phasing.

Additional, often sought after features are implemented: through-zero linear frequency modulation, and unison detune: up to five copies of the sound can be spread apart for a fat and dense cluster of voices.

There are nine parameters, each of them controlled by a dedicated knob, so the workflow is as smooth and immediate as possible. Furthermore, every parameter has a dedicated CV input, allowing live animation for organic audio effects.

Odessa sports two main outputs for banks of harmonic partials that can be further scaled in frequency as well as an additional output that can either spit out a square wave or a single sinusoid of the fundamental frequency.

The hardware is based on a powerful FPGA(Field Programmable Gate Array) chip offering massive parallel computing. The synthesized signal is devoid of aliasing through the entire audio range thanks to an intrinsically bandlimited algorithm. A simplified spectral analyzer helps you to keep a visual track of what is actually happening to the harmonics.

This is a wavetable generator

Waves, wavetables, FXes and other settings can be saved and recalled from the memory instantly. The module has two outputs – the main output and the output with a configurable sub oscillator.

Let’s close our limited list with an example of an additive synthesis oscillator from the analog family of devices. Harmonic Oscillator is an analog oscillator capable of generating eight harmonics (sine waves) and the fundamental. The frequency spectrum can be processed by three CV inputs. It has inputs for linear FM, a voltage input for each of the harmonic’s faders and three outputs for standard waveforms. The circuit is made of discrete components and starts from a core triangle signal

The left part of the panel is like a classic VCO with:

It can generate three different waveforms (sine, square and sawtooth). Last but not least is the sum output in which all the generated harmonics are summed.

The right part of the panel is for the harmonic content control (eight components). The level of each harmonic can either be controlled by a dedicated fader or by a CV input. All the harmonics have a dedicated output.

Two more parameters can be controlled independently by the fader’s positions:

As it should be clear at this point, the oscillator’s world is wide enough to cover all the possible needs. In this post we tried to give the foundations for an informed choice for those who need to move within the signal generator’s world. Obviously, the same principles we have been looking at here can be applied, with few modifications, to generate control voltages. We shall talk about this topic in the following posts. Stay tuned!

Music is a medium to generate and communicate emotions. One of the tools used to activate the tension-resolution mechanism (to… 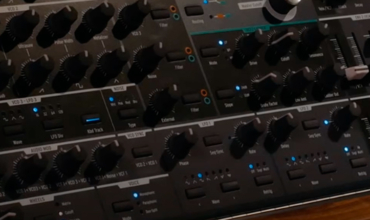 To track a synthesizer maintaining or improving its sound could be thought as a simple task. Just connect the synthesizer’s… 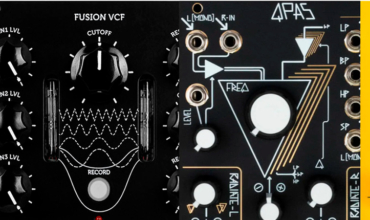 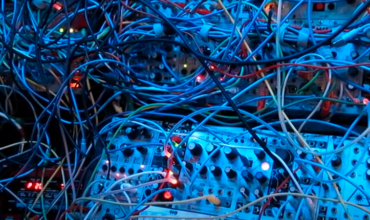 In this post we shall try to understand how to choose a Eurorack filter. When using subtractive synthesis techniques the…