Home » News and updates » Sound synthesis from the West side: Don Buchla’s biography

Sound synthesis from the West side: Don Buchla’s biography

Sound synthesizers started to be developed in the middle of the last century. As we have been talking about, Bob Moog was one of the pioneers who started building devices with techniques and philosophies that were defined to be the East Coast way.

Don Buchla was born in South Gate, California in 1937. He grew up in California and New Jersey. He studied physics, physiology, and music at UC Berkeley, graduating in 1959 as a physics major.

He was commissioned by composers Morton Subotnick and Ramon Sender, both of the San Francisco Tape Music Center, to create an electronic instrument for live performance.

First components found their way to the market in 1963.

With partial funding from the Rockefeller Foundation assembled his modules into the Buchla Modular Electronic Music System (known as the Series 100) in 1965.

The Buchla Series 200 Electric Music Box was released in 1970. It was manufactured until 1985. The Series 500, the first digitally controlled analog synthesizer, found its way to the music studios in 1971.

The following Series 300 combined the Series 200 with microprocessors. The Music Easel, a small, portable, all-in-one synthesizer was released in 1972.

The Buchla 400, with a video display, was the first unit for the eighties. Later on (1987), Buchla released the fully MIDI enabled Buchla 700.

In the nineties Buchla began designing alternative MIDI controllers such as the Thunder, Lightning, and Marimba Lumina.

In 2018, a new company called Buchla U.S.A. was created to carry on Don’s legacy and continue producing his 200e modular synthesizer systems.

Modern modules from the actual production, such as the Buchla Easel Command, can be found in the Milk Audio Store.

Don Buchla was a visionary instrument maker whose modular synths were designed for performers who were interested in controlled noise, randomness, rich analog FM and unusual percussive timbres.

The resulting music is more generative and experimental.

Don was also deeply concerned about how electronic musicians interacted and performed live with his instruments. He made wide use of capacitive, touch sensitive, control surfaces.

He created beautiful instruments that cried out to be touched by the expressive human hand (or other body parts).

The other side of the game (black & white keyboards and well formed melodies) was Bob Moog’s heavenly domain.

Built in 1963, the synthesizer comprised several modular boxes that generated and/or modified a musical event.

The electronic and functional sophistication of the individual modules, coupled with the ability to patch them together in whatever way the user desired, gave musicians and composers enormous power to create unique sounds.

In that spirit, it’s worth noting that Buchla tends to not refer to his instruments as synthesizers, since the name connotes imitating existing sounds and/or instruments. Rather, his intent is to make instruments for creating new sounds. Unrestrained artistic expression is the order of the day.

Buchla’s design goal manifests itself in many ways, including the omission of a standard piano-style key-board and the addition of a unique “multi-dimensional kinesthetic input port” controller.

His method of timbre (tone) generation is not mainstream either, with his frequent use of complex waveshaping oscillators rather than the more traditional oscillator/filter combination common to other synthesizers.

Even the nomenclature used for Buchla’s modular components is unique, yet appropriately descriptive.

Rather than an oscillator, filter, amplifier, and sequencer, Buchla’s instruments have a Complex Waveform Generator, a Multiple Arbitrary Function Generator, a Source of Uncertainty, a Quad Dynamics Manager, and so on.

Buchla has taken his electronic instrument design approach far beyond sound generation into the world of unique performance controllers.

Thunder, a tactile, infinitely-programmable control surface, and Lightning, a gesture controller that generates performance data based on the user’s spatial movements, are but two of his incredibly advanced designs.

One might think, based on the seemingly esoteric nature of Buchla’s designs, that the use of his instruments is limited to experimental, electronic, or computer-based music.

But in fact, Don’s inventions are in widespread use by film composers, performance artists, jazz musicians, pop and rock musicians, and improvisational ensembles. In short, an array of creative individuals looking for advanced, expressive, inspiring instruments.

Don Buchla’s contributions to the history of synthesis are substantial, varied, and iconic.

His work has been an inspiration to many engineers, composers, and musicians.

He envisioned a voltage-controlled modular device that would realize the dreams of electronic music composers since the early part of the 20th Century.

Today, his work is more popular than ever. He is among the most important innovators in electronic music.

The genius is gone, but luckily for us, his legacy will endure and inspire countless more.

The information provided in this post has been gathered from following sources: 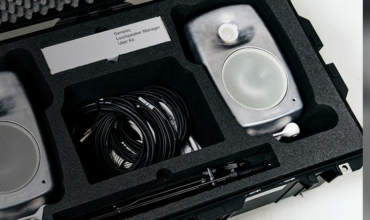 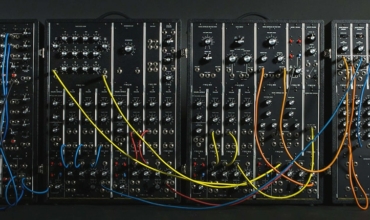 The background He studied at Queens College where he gained the bachelor’s degree in physics. Later on he was at… 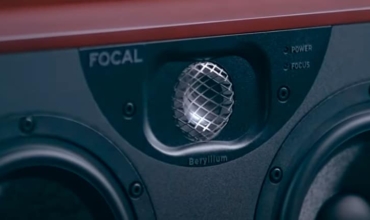 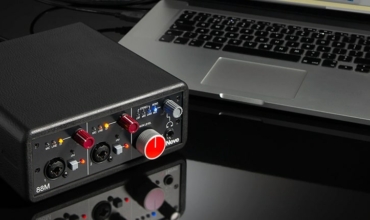 The 88M uses the same microphone preamplifier as the world-leading 88R console. The microphone, line and DI analogue inputs are…