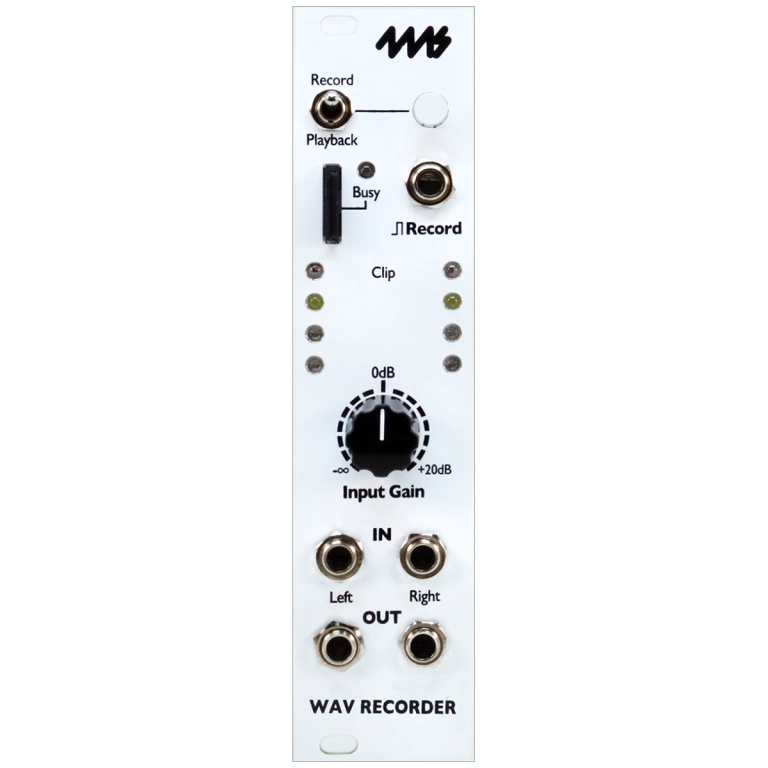 The WAV Recorder from 4ms Company is a high fidelity, two-channel stereo audio recorder with basic playback features. Accepting a wide range of input signals, from line-level to modular-level, the WAV Recorder stores audio onto a microSD card in lossless .wav format up to 96kHz/24-bit.
The trigger jack can be used for capturing rhythmic loops or synchronizing multiple WAV Recorder modules for multi-track recording. In Playback mode, the trigger jack or button plays the most recent recording. A simple file/folder navigation system can be used to browse the folders on the card for playing back .wav files. A Gain knob allows for up to +20dB of boost, and an LED Signal Meter indicates clipping and the signal level.