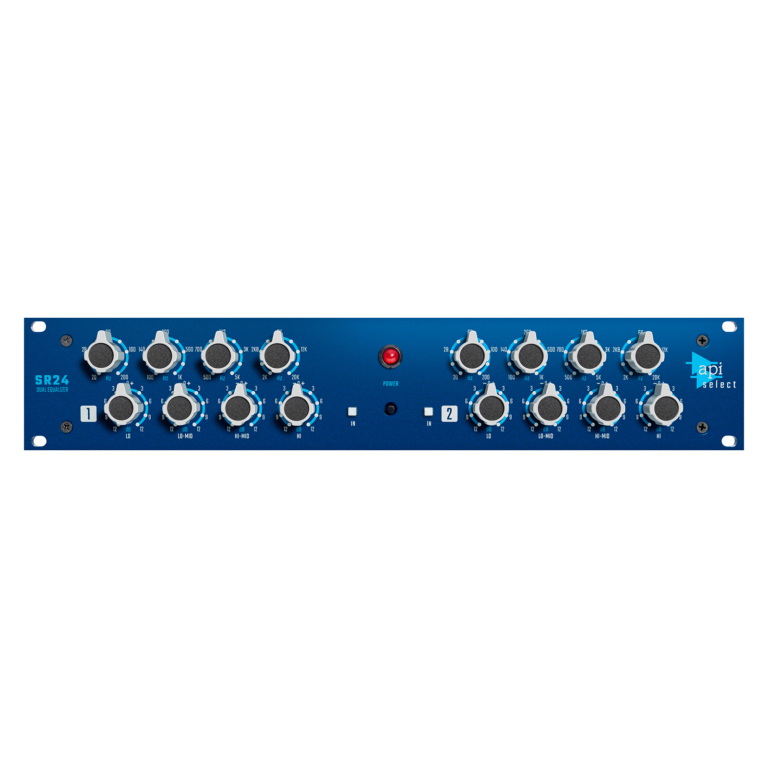 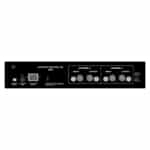 The SR24 is a two channel, four band equalizer in a two rack-space chassis. With a dedicated knob and/or switch for each control function, the SR24 is easy to use; by utilizing continuously-variable controls for both the frequency and boost/cut, the SR24 can be very precise in applying equalization to the selected audio material.

The SR24 circuit design is deeply rooted in API’s history. From the late 1970’s to the early 1980’s, an audio company called “APSI” manufactured consoles and equalizers. Their 562 module was a 4-band, fully parametric equalizer which was designed by APSI and sold through API. Over the last several decades, these EQ modules remained a favorite among many studio engineers, but have become increasingly difficult to find. The SR24 is a faithfully re-engineered version of the original 562, offering the user 2 channels of classic analog EQ in one rackmount unit.