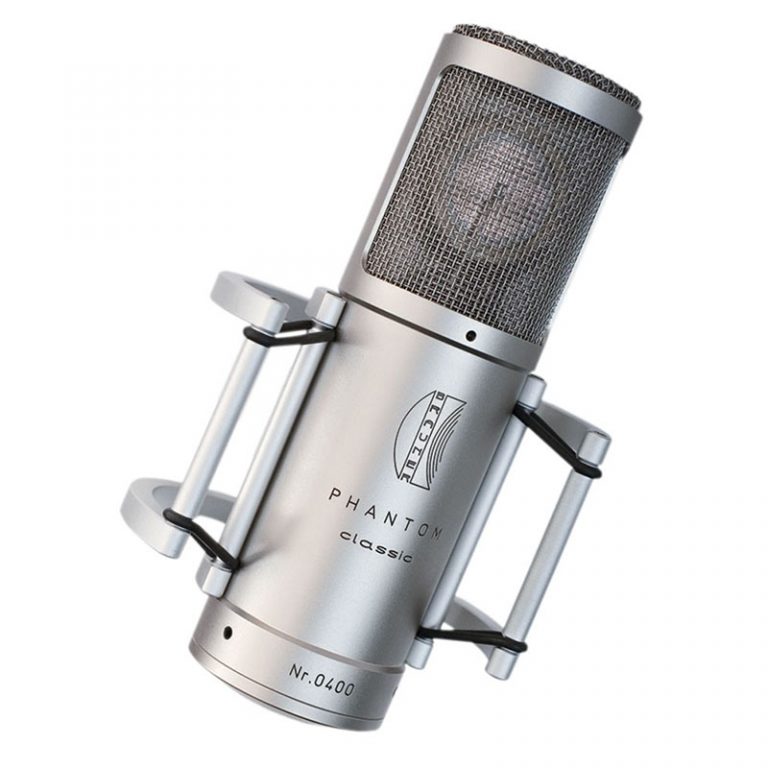 € 1.510,00 For European customers, please select your country to view the correct price including vat

The Phantom Classic, like its predecessor the Phantom C (Cardioid), embodies reduction to the absolutely essential without compromise in performance.
The design philosophy of this large diaphragm FET microphone – which works purely in cardioid characteristic, guarantees a sound quality otherwise found only in our tube microphones. Its capsule is based on the ideal of the VM1 giving the Phantom C a very natural and pristine sound character.

The Phantom’s success was most recently augmented through the release of the limited edition Phantom AE (anniversary edition). This edition was released to mark the occasion of the company’s 10-year anniversary and was comprised of 1000 nickel colored as well as 1000 black microphones. After the paramount success of the limited Phantom anniversary series, we now deliver the legitimate successor of the Phantom C with the Phantom Classic.

The Phantom was nominated for TecAward in 2003 and received various awards by associated audio magazines.