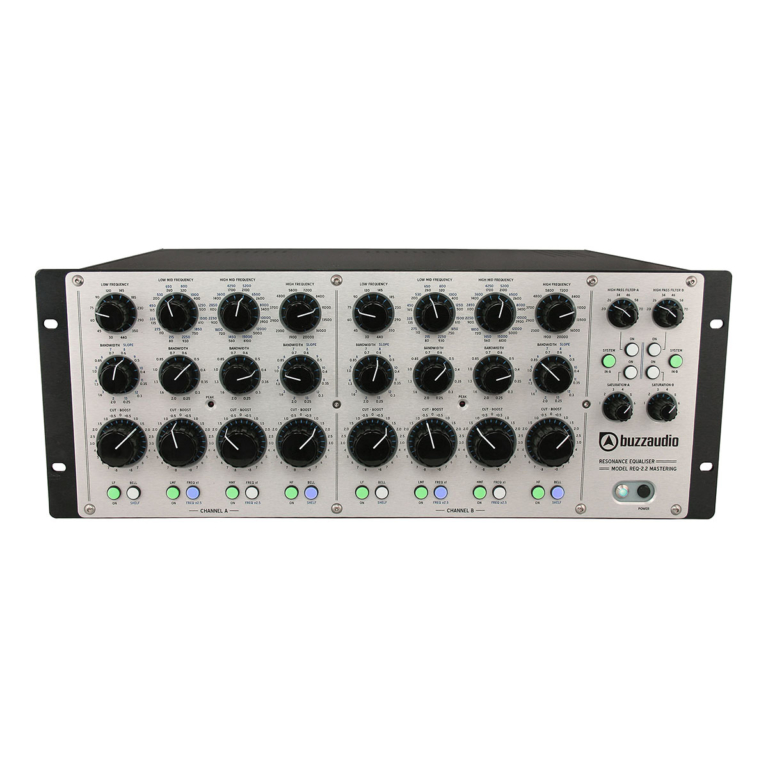 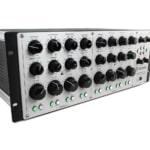 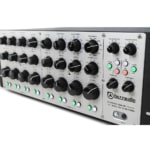 The REQ-2.2 mastering equalizer utilises parallel resonant circuits in a clever configuration whereby the bandwidth (Q) of the circuit can be adjusted like an active filter, but without any complex relay switching. The inductor/capacitor resonant “tank” eq circuit runs at a low internal signal level which avoids any inductor saturation effects. The overall result is the sound of real choke based filters with a big open sound, but without the limitation of only a few – or no bandwidth selections as found on traditional choke eq’s.

As you would expect, the REQ uses our BE40 True Class A circuits developed for the MA-2.2 microphone amplifier for superlative audio performance. It also utlilizes our BE44 discrete line driver at the output that acts like a transformer and can respond to balanced or unbalanced loads.

But sometimes you might need a bit more color, so we have included a saturation section that introduces measured amounts of low frequency harmonic distortion via a steel audio transformer driven by a single ended tansistor amplifier. The High Pass Filter is placed in the beginning of the eq chain and the Low Band eq section is placed last in the chain. This layout produces the best overall equalizer coherency.

The large knobs and positive feel of the switching make the REQ a pleasure to operate and everything is visually clear when mounted into a console. In total there are 72 frequency choices per channel with overlapping selections across the four bands so you can always find the centre frequency you are looking for. A looping line XLR input and two parallel XLR outputs provide flexible connection options in the mastering control room. Finally, low glare rustic silver finish and retro Elma knobs give the REQ an impressive look in your rack!

mastering equalizerEach eq band has a 12 position switch to select the FREQUENCY and another that selects the BANDWIDTH or shape of the bell shape curve (Q) which is adjustable from 1/3 octave to 2 octaves wide. On the High and Low bands, the BANDWIDTH control reverts to shelf SLOPE control when SHELF mode is selected via the push button switch (but not with the Active Low Band option fitted). The Low and High Mid bands frequency range is changed to alternative selections when the FREQ x2.5 mode is selected. Each band also has an IN/OUT switch removing the band completely from the signal path. The BOOST/CUT control is a 23 postion Elma switch with a range of +/-8dB, with 0.5dB steps up to 3dB then 1dB steps to 8dB. Custom ranges and steps can be supplied to special order.

On the right side of the front panel are the HIGH PASS FILTER and SATURATION controls with their own IN/OUT switches. The overall SYSTEM IN/OUT controls and the power switch complete the picture. The channel A and channel B push button switches (SYSTEM, HPF and SATURATION) can be grouped by holding down any switch for 5 seconds. This means for stereo work you only need to push either the channel A or B switch to change both channels simultaneously. (This feature only applies to units with serial number Q1110 and up).

The REQ is available with a silver-grey or black face plate.mastering equalizer Only the mastering version is manufactured with the recording version now discontinued. There is an option for the Low Band section of the REQ. This option replaces the Choke based eq filter with an Active filter which provides a “tighter” bass sound. This option (the ALB) has come about from requests from some users who work with modern music styles in mastering. The only operational difference between the Active and Choke filters is that in Shelf mode, the Bandwidth control does not work as a slope control and is disabled.

Specifications are typical of a production unit and are subject to change without notice. 0dBu reference = 0.775 volts RMS.