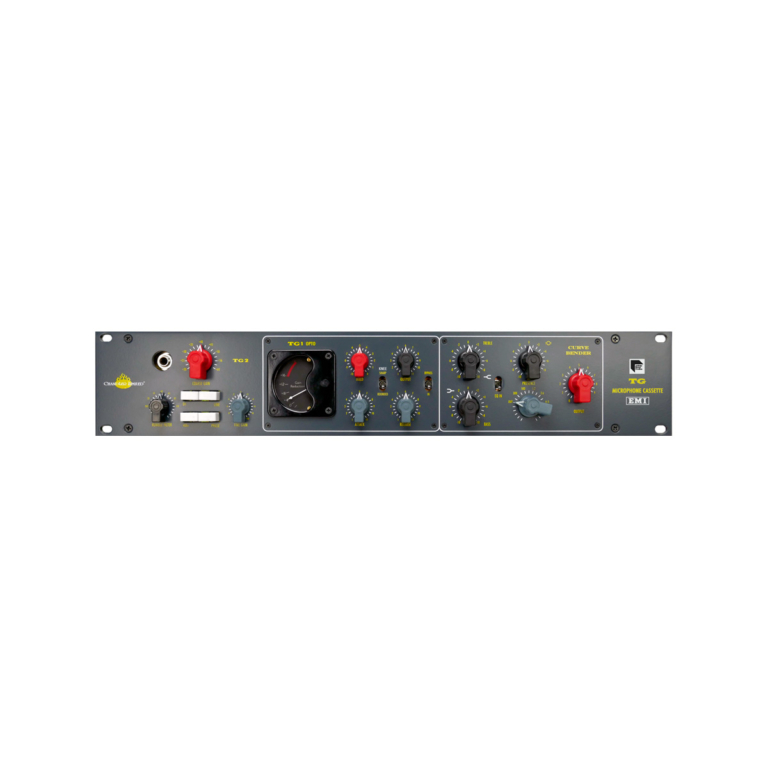 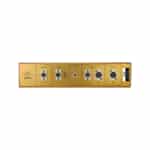 The TG2 pre-amp section is coupled directly to the Curve Bender equalizer section.

The Curve Bender EQ section is the second stage of the TG2 pre-amp section, and the EQ output control works as a fader would on a console.

COMPRESSOR
The compressor section of the TG Microphone Cassette is a special adaptation of the Chandler Limited TG1 Limiter tracing its lineage to the historic EMI TG12413 mixing and mastering console limiters.

EMI technical engineers experimented with the use of optos in their audio compressors, and now for the first time ever Chandler Limited introduces the TG1 Opto compressor.

The TG1 Opto is stereo linkable to a second unit via a standard ¼” cable.

TG HISTORY
Conceived from meetings in 1967 between Abbey Road engineers and EMI’s Central Research Laboratories technical team, the EMI TG12345 desk (later known as Mark I) would usher in a sea change in sound and flexibility at Abbey Road Studios.

The new transistor based EMI TG12345 recording console was modular in design, with twelve dual channel microphone “cassettes.” The TG desks featured expanded EQ, and for the first time ever, a compressor/limiter on every channel. The compressor was originally supposed to replicate the sound and behavior of the Fairchild 660 and RS124 tube devices, but ended up with a completely unique sound in its own right.

Installed in Abbey Road’s Studio Two in November 1968 and making its debut on an 8-track recording by the Shadows, the new transistor desk marked a departure from the earlier REDD valve consoles. The following year, the EMI TG12345 desk helped shape the sound of the Beatles’ final album, Abbey Road, which was markedly richer sounding to that of the band’s earlier work. The sonic qualities of classics like “Here Comes the Sun,” “Come Together” and “Something” would have been very different without the EMI TG12345.

The desk encountered many revisions throughout the ‘70s and became the main recording console used throughout the studios until 1983. The EMI TG12345 console Marks I–IV were used on everything from Pink Floyd’s The Dark Side of the Moon and Wish You Were Here to John Lennon’s Plastic Ono Band, George Harrison’s All Things Must Pass to epic film scores including Raiders of the Lost Ark.

The EMI TG12345 was never commercially available to the public.

Chandler Limited is the only company in the world authorized to develop, manufacture and market the “Official Equipment” of EMI/Abbey Road Studios.