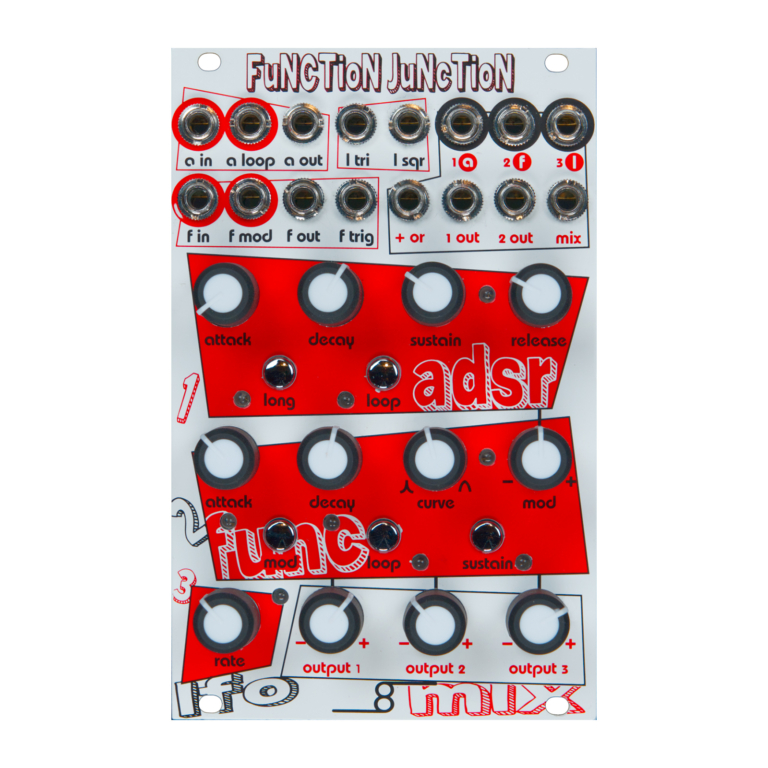 A party of functions

Function Junction came about because one of our product managers was bothering our serious friends (we like them at least) at Pittsburgh Modular Synthesizers. They were complaining that many-function-in-one modules were confusing to use and were trying to accomplish too much, and therefore not really good any single function. Oddly, the stoic folks at Pittsburgh Modular agreed with him (for once) and took this as a challenge. A few days later they came back with what would be the panel design for this module.

Function Junction combines three classic analog modulation sources, ADSR envelope, function generator, and LFO. All are fed into an attenuverting mixer to create a complex modulation junction that can be used as 4 independent sections or in conjunction with each other.

The magic of the module is the ease you can flow from using its functions for basic everyday tasks to creating hyper-complex modulation. The sheer breadth of what you can do and the ease of doing it are pretty amazing.