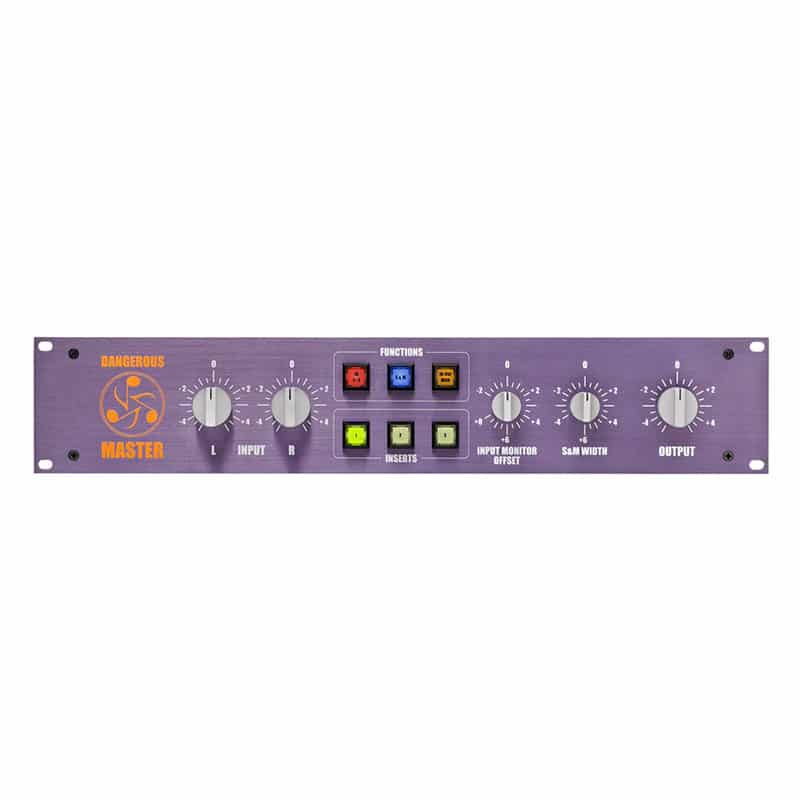 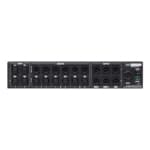 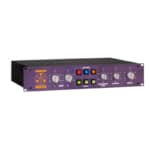 Before co-founding Dangerous Music, our lead electrical designer, Chris Muth, became an industry legend for his custom mastering consoles built for the most elite studios. Decades later, these consoles are still coveted for their incredible headroom, their robust, musical sound, and the crystal clear sonics demanded by top-tier pros. Costing tens-of-thousands of dollars, those legendary consoles have been used to master thousands of hit records. Dangerous Music offered Muth’s designs to the public at affordable prices for the first time, and the MASTER quickly became a staple in mastering rooms everywhere. Through meticulous research, development and design we were able to offer the MASTER in just two rack spaces while sacrificing absolutely nothing in the sound or build quality. Since its introduction, the MASTER has continued the Muth legacy – as well as the endless stream of hits to pass through his circuits.
The role of a mastering console is to tie together all of your equipment into an elegant and rock solid system that delivers crystal clear accuracy and robust musicality. With sonics you can rely on all day, every day, for decades, the MASTER’s signal routing offers up sophisticated control over gain staging, front-panel switching of three analog inserts, Mid/Side processing, input/output monitor level matching, and multiple outputs to reach all the destinations in your mastering suite.

Individual L-R Input Level Controls – Use these controls to perfectly set the stereo image, delicately compensating for any embedded imbalances in the mix. These controls use stepped attenuators that offer 0.5 dB steps with .01dB of gain-tracking accuracy between channels for perfect stereo imaging at all volumes. The deep craftsmanship of working in analog is gain-staging, and the MASTER’s separate input controls allow you to hit your outboard gear’s sweet spot and compensate at the main stereo output stage feeding your recording A/D converter, tape machine, or other capture device for optimal sound from your rig.

Input Monitor Offset – This critical feature allows you to match levels between your processed signal (output) and unprocessed signal (input) so that you can make comparative judgements without misleading volume changes. Once input and output levels are matched, simply use the In/Out switch to objectively compare your mastering work to the original. Additionally, you can more accurately use a peak-over-average meter array (such as the one  found in the Dangerous Music CONVERT-2 mastering D/A converter) to visually confirm your master’s loudness density. These are all important strategies used by top professionals to delicately manage the creation of a thoroughly professional production master.

Three Front-Panel Switchable Inserts – These stereo inserts tie all of your EQs, compressors, limiters and de-essers together into an elegant, rock-solid mastering rig. The MASTER’s front-panel switches give you functionality previously only available on very expensive, custom-built mastering consoles. And on Insert 2, you get Chris Muth’s ground breaking Mid/Side processing.

On-Board Mid/Side Processing – Residing on Insert 2, the Mid/Side processor inside the MASTER is an audiophile-grade sum-and-difference matrix. By “encoding” and then “decoding” the stereo signal, this matrix allows you to obtain separate control over the center and the sides of the stereo mix. A tool employed by deeply experienced mastering engineers to address specific issues in a mix without compromising other aspects of the stereo image, Mid/Side processing is the most powerful mastering tool available. For example, manage a harsh vocal or a strident snare in the middle of a mix while not affecting the instruments panned to the sides. Or perhaps one needs to tame some widely-panned cymbals while maintaining vocal air and articulation at the center of the mix. Further, on some occasions, mastering engineers might be processing the middle and the sides with completely different processors.

Width Control – This allows you to use the MASTER’s Mid/Side matrix to control the level of the “sides” of the mix, which changes the perceived stereo width. This is incredibly helpful when deploying any Mid/Side processing, but even when you’re not engaging outboard gear, the width control allows you to “focus” the stereo image perfectly. Ever come across a song that’s not sitting well among the others on the record? How about mastering a compilation where the width varies greatly? Whether you’re tightening or widening the stereo field, the width control is often exactly the right tool for pulling all the songs together into a coherent record.

Three Outputs & Two Inputs – A dedicated monitor output accompanies two stereo output paths that can be routed to A/D converters, tape machines, patch bays, or wherever the signal needs to go to get the job done. Many MASTER owners use the dual outputs to make direct A/B comparisons between different A/D units, listening for the vibe that best suits that particular record.  The two inputs, selectable on the front panel, make it easy to have a D/A normaled to the first input and the second input wired to a patchbay or tape machine.
If the three insert points aren’t enough to handle a more elaborate mastering rig, you can use the MASTER in conjunction with the powerful Dangerous Music LIAISON to patch in even more analog equipment at the touch of a button. For example, by inserting the LIAISON’s two stereo busses onto two of the MASTER’s insert loops, you’ve expanded from three to seven stereo inserts while simultaneously introducing analog-domain parallel processing, button-enabled signal rerouting, and instant patch recalls. You’ll get the speed and ease of digital-style recall from your analog gear.
While some engineers are willing to run their mastering processes digitally – or “in the box” as the familiar phrase goes – the top professionals all rely on analog mastering equipment to achieve truly successful final production masters. When you purchase top-shelf analog equipment like the MASTER, you’re making an investment that will last your entire career. Because there’s no operating system, plugins, DAW or computer to become incompatible and, thus, obsolete, your analog gear will never require expensive upgrades. As one of the centerpieces in your mastering studio, the MASTER pulls all of your analog investment pieces together into an elegant “mastering rig” with a workflow and sound quality previously only known to those able to pay tens-of-thousands of dollars for custom mastering consoles.