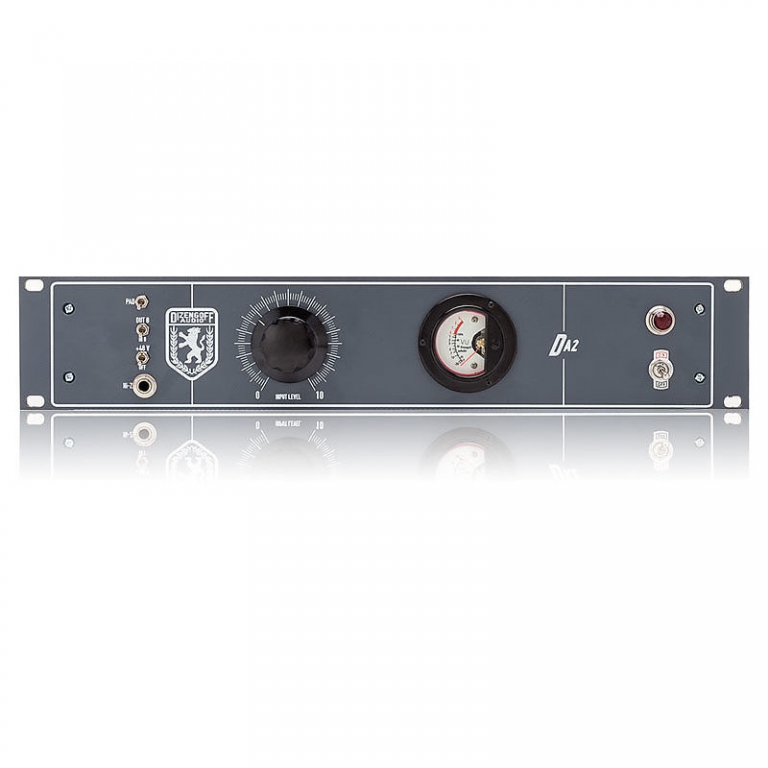 € 943,00 For European customers, please select your country to view the correct price including vat

Dizengoff Audio are quickly becoming known for their fantastic recreations of classic gear from the golden age of recording. If you’re looking for warmth, saturation and oodles of character, Disengoff offer an affordable alternative to finding a vintage preamp circuit.

The DA2 offers the same classic tone profile of the original BA2C design with a modern twist; using current materials to ensure longevity and performance. As you would expect, the overall tone is very musical. The DA 2 features plenty of headroom which is fantastic if you want to keep your recordings clean and vibey! If you really drive the input of the DA2 however you’ll get a lovely and warm fuzziness thats awesome on vocals.

Featuring a single input knob, the DA2 preamp has a refreshing set and forget workflow, allowing you to focus on getting the best performance of your musician.
Here’s what Dizengoff say about the DA2

Meet the Dizengoff Audio DA2. It?s a tribute to the venerable RCA BA2C tube preamp. RCA?s BA2C found wide use in film, broadcast, and recording during the 1950?s. I like to think of it as the ?little brother? to the RCA OP6 because they use the same tube.

The DA2 has wonderful headroom, and it packs a nice low-mid wallop. The tone is smooth, warm, and sort of heavy?just what you?d expect from an American tube design of this era.

Signal transformers are wound right here in Chicago. The DA2 uses a hi-nickel input (80% nickel) and lo-nickel (45% nickel) for excellent fidelity. The transformers are based on early Peerless designs, and their frequency response is flat from 10Hz to 50kHz.

The power supply is internal. Like the D4 and D864, it?s built around a Japanese Nippo Steel R-core power transformer. It has extremely high efficiency and low noise compared with traditional E-I core transformers and plays a significant part in achieving the DA2?s low noise performance.