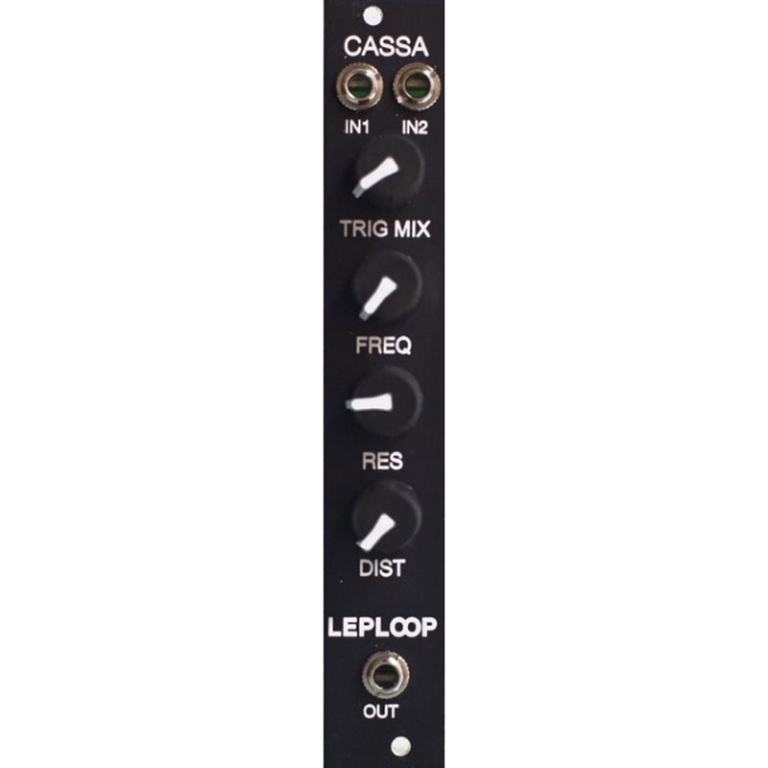 L.E.P – Cassa
Cassa means Bass Drum in Italian !
This Eurorack module is the drum voice you might know from the Leploop.
An unique and pretty wild bass drum !

Attention: module abuse!:
As the module is based on a filter which resonates when being “pinged” by a trigger signal at the audio input and then creates a percussive sound it’s not far-fetched to inject audio signals instead triggers int other Cassa. FREQ is cutoff frequency and RES the filter resonance, just as expected. But both act pretty unusual in this case for a filter. It phases more than it filters, the resonance roars and the distortion does the rest…
Instead of using two audio signals you might use one trigger and one audio signal – and the Cassa will indeed generate a drum and process the audio signal at the same time. Weird but possible. Instantly it was possible to generate a wobbly Skrillex simulation, read: saw mill dubstep aka “Filth”.