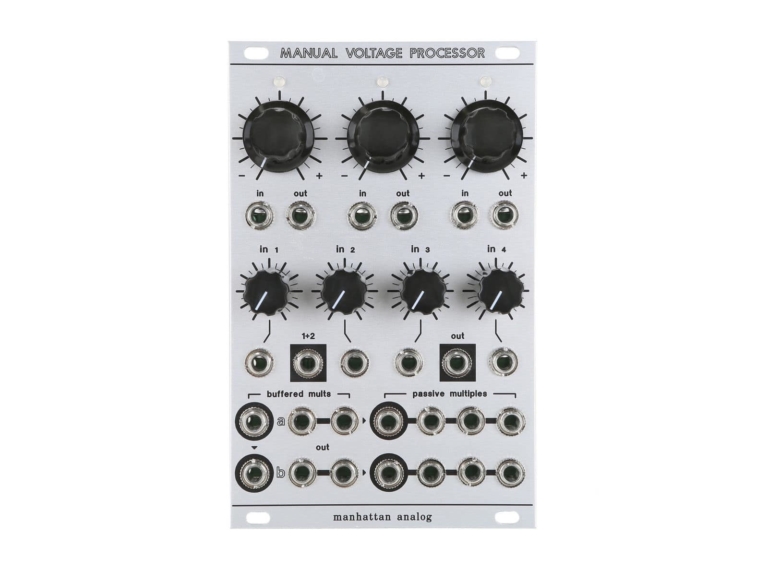 – Polarizer: each channel has one input, one output, a control for scaling/inverting voltages and a LED to display the voltage. Each channel can be used as as offset generator, too.
– Mixer: four channels. Due to two outputs it can be used as a 2:1 or a 4:1 mixer.
– two buffered multiples: one input, two outputs. Input of mulitple A is normalized to input of multiple B.
– two passive four-way multiples. Each one is normalized to an output of a buffered multiple.