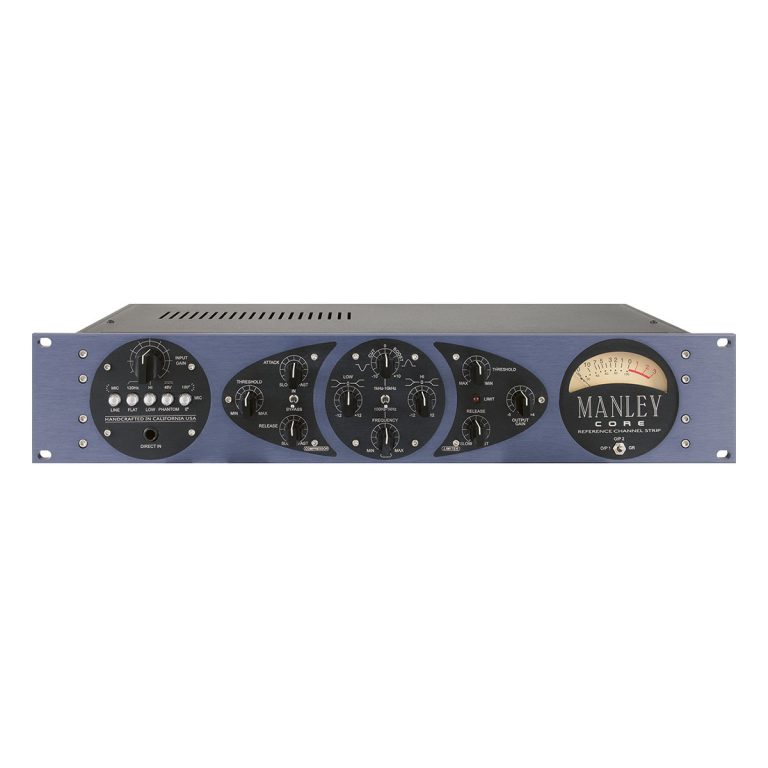 € 2.599,00 For European customers, please select your country to view the correct price including vat

Building upon its 25-year legacy producing revered recording studio equipment, Manley Labs has distilled its CORE technologies from this lineage. 2014 delivers the Manley CORE, an innovative channel strip that combines Manley’s Greatest Hits with fresh technology. The remarkably intuitive front panel combines musical and forgiving circuitry that allows the musician to concentrate on his performance instead of being lost in a sea of knobs. Ease of use and intelligently chosen operating points make it virtually impossible to cut a bad sounding track!

Manley’s experience and insight working with the industry’s top recording engineers and musicians culminates in the CORE. At this price, there is no other channel-strip with higher headroom or more seductive sound than the CORE. Handcrafted in the USA, built like a tank, built to endure, the epicenter of your recorded art will be the Manley CORE.