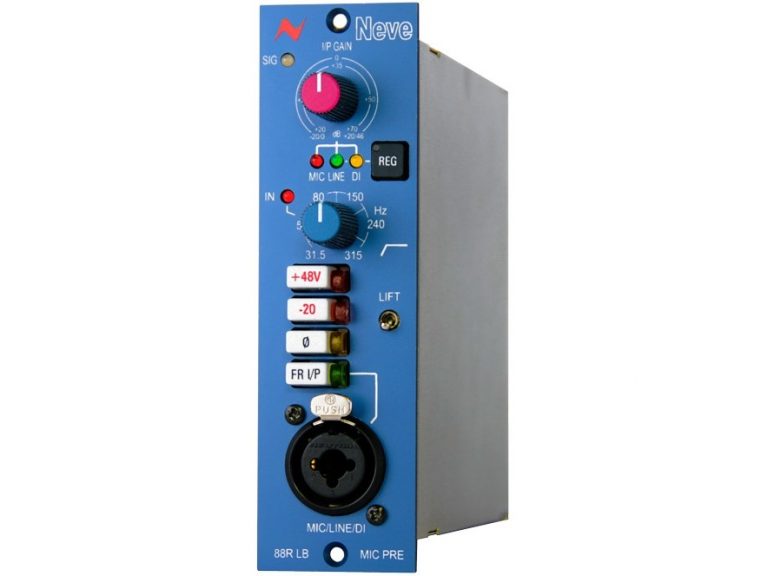 When the world’s top musicians, composers and engineers get together to record, it’s got to be Neve all the way. Not everyone has room for the world’s greatest recording console – the Neve 88RS – but now there’s no need to settle for anything other than the absolute best when it comes to capturing the beauty, energy and excitement of your recording… Introducing the Neve 88RLB – the same sound of greatness, but in the palm of your hand. The incredible sounding audio technology from Neve’s two-ton flagship 88RS console is now available to you in a 500-series format module. With extra features like the REGenerate function, a sweepable high-pass filter, intelligent phantom power control and a DI input, true Neve magic has never been more accessible or convenient.