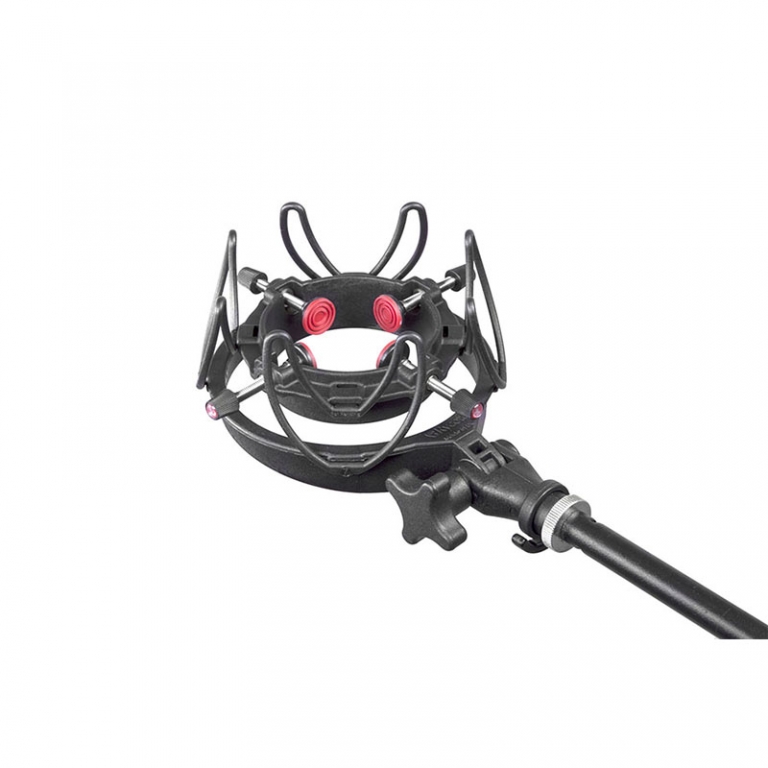 For several years, Rycote InVision mounts have been available for narrow-barrelled shotgun and stick microphones in broadcast and videography applications, but not until 2010, and the release of the striking Universal Studio Mount (USM) was there an InVision™ shock-mount capable of accommodating large-diaphragm recording microphones for use in recording studios.

Like the other InVision mounts, the USM makes use of Rycote’s patented vibration-resistant Lyre mount, but on this mount the W-shaped Lyres are placed around a central mounting ring with adjustable fasteners, allowing the USM to accommodate any microphone with a diameter of between 18 and 55 millimetres.

The Rycote USM updates the concept of the microphone suspension for the 21st century, completely omitting any elasticated parts and using modern materials to create a virtually indestructible shock-mount with a performance that far outstrips that of the humble ‘cat’s cradle’ suspension. In controlled tests at the Rycote factory, the USM provided up to twice the isolation of traditional microphone suspension systems.