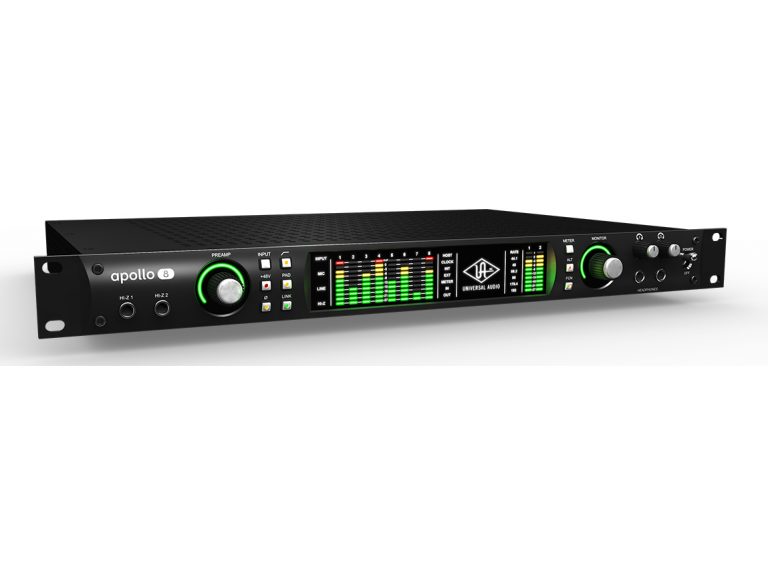 € 2.499,00 For European customers, please select your country to view the correct price including vat

The original Apollo, introduced in 2012, quickly became a gold standard among modern music producers and engineers — it now counts many of the world’s top artists as users. Apollo 8 improves upon the original Apollo’s sound quality with completely redesigned, class-leading A/D and D/A conversion — giving you increased dynamic range and even lower THD. Building upon a 50-year legacy of circuit design, UA engineers started with an obsessive audition of the latest converters, pairing them with completely redesigned analog circuitry. Confirmed by extensive double-blind listening tests, the end result is 3 dB better dynamic range on both A/D and D/A conversion versus the original Apollo, placing the Apollo 8 as the measurable class leader.