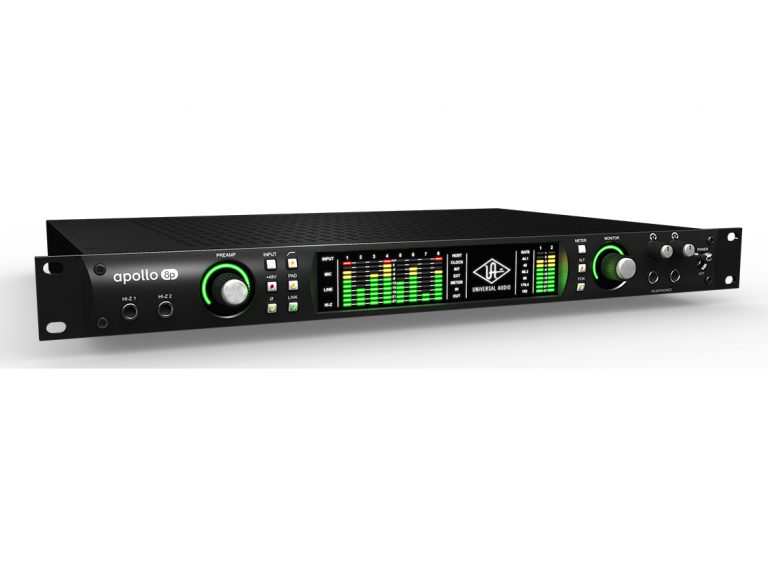 The original Apollo, introduced in 2012, quickly became a gold standard among modern music producers and engineers — it now counts many of the world’s top artists as users. Apollo 8p improves upon the original Apollo’s sound quality with completely redesigned, class-leading A/D and D/A conversion — giving you increased dynamic range and even lower THD. Building upon a 50-year legacy of circuit design, UA engineers started with obsessive auditioning of the latest converters, pairing them with completely redesigned analog circuitry. Confirmed by extensive double-blind listening tests, the result is is 3 dB better dynamic range on both A/D and D/A conversion versus the original Apollo, placing the Apollo 8p as the measurable class leader.

Universal Audio Apollo 8P Thunderbolt 2 QUAD comes equipped with eight Unison-enabled mic preamps, letting you track larger projects with colorful mic preamp sounds from Neve, API, and Universal Audio. An Apollo breakthrough, Unison technology nails the tone of these sought-after tube and solid state mic preamps — including their impedance, gain stage “sweet spots,” and component-level circuit behaviors. The secret to Unison is its hardware-software integration between Apollo’s mic preamps and its onboard UAD-2 processing. Simply place a selected tube or solid state preamp plug-in on your desired mic input, and record in real time through stunning emulations like the bundled UA 610-B Tube Preamp plug-in, or the Neve 1073 and API 212L.