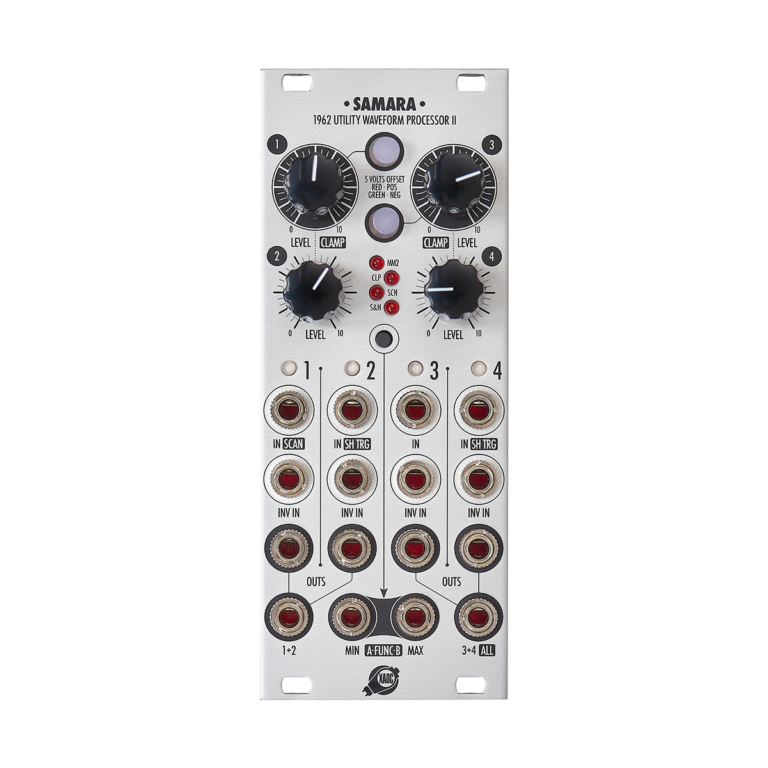 Samara II is both a flexible mixer and a multifunction utility that may be used for processing audio signals, control voltages, and modulation waveforms.
It is a second, significantly extended version of Samara, originally introduced in 2016. It offers four channels of signal attenuation, conversion between unipolar and bipolar voltages (offsetting by either positive or negative value), mixing in various configurations, as well as a variety of useful signal transformations: clamping, minimum/maximum, sample & hold, and wave scanning.