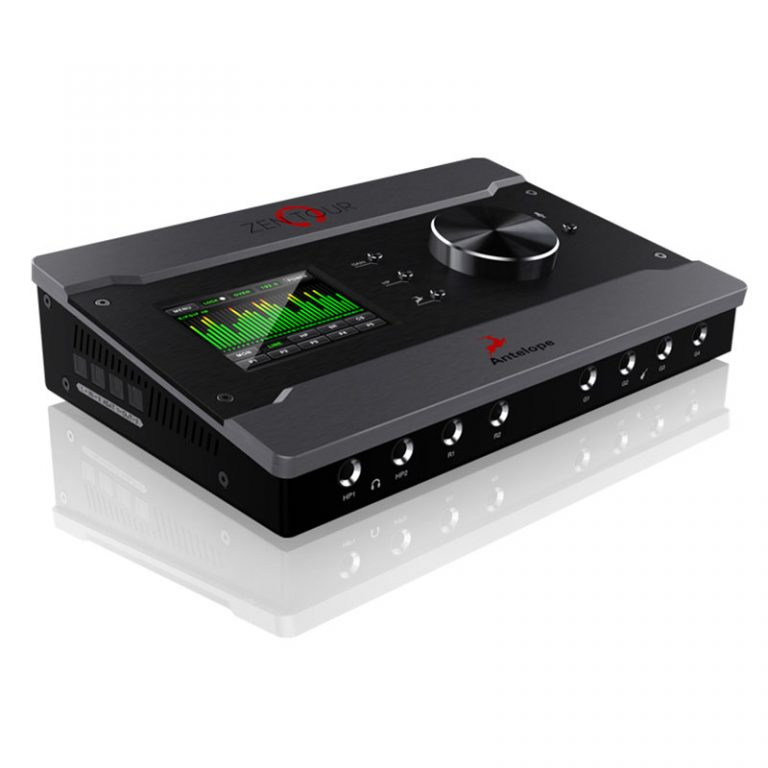 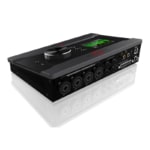 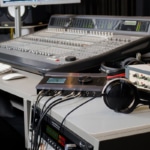 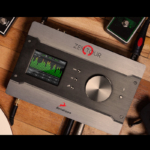 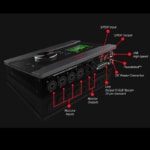 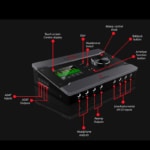 Zen Tour is a king among portable tabletop interfaces with its astounding number of analog and digital I/O and integrated hardware-based FPGA effects.

Overview
Producing your own music has become the contemporary equivalent of writing poetry. Current technologies have made sound recording as easy as grabbing a pen and pouring your feelings on paper. However, unlike the solitude writing requires, music creation is usually a shared experience. A simple two or four-channel audio interface is no longer enough. A cool, creative jam with friends will require at least eight channels, packed in a portable interface that could easily fit in a backpack.

Most Mic/Line Channels
With Zen Tour we are pushing the envelope once again. Antelope is offering not just a portable ThunderboltTM & USB audio interface, but a pro piece, easily covering the needs of a small band. Zen Tour comes with 4 switchable Mic/Line inputs and 4 more HiZ/Line ins. Two reamp outs and a Talkback button on the front panel put it in the spotlight of portable interfaces.

Lowest Sound Latency
Zen Tour borrows the powerful Field-Programmable Gate Array (FPGA) from Antelope Audio’s top-selling pro studio devices. This game-changing technology provides the interface with massive parallel processing capabilities and the lowest latency levels on the market. In Zen Tour portability meets studio power like in no other device. No longer will portable interface stand for a starting point for your career, Antelope turned Zen Tour in a powerful tool for growing huge in the crazy music business!

Advanced Remote Apps
Zen Tour control is literally at your fingertips via the intuitive touch screen. The OS X and Windows compatible software control panel follows Antelope’s innovative concept for networking. You can now manage all Zen Tour features from multiple computers in the same network. Did we mention iOS and Android mobile apps will allow you to manage all Zen Tour features from your smartphone or tablet?

Enhanced Connectivity
While other portable interfaces have to go for either a decent amount of I/O channels or high-end DSP effects Zen Tour gives you both! With the 4 switchable Mic/Line and 4 HiZ/Line ins now come 8 analog outs, digital I/O on ADAT & S/PDIF, two independent headphone amps and two separate pairs of monitor outs. The FPGA powered ThunderboltTM and custom USB make the device not only lightning fast but compatible with any DAW as well.