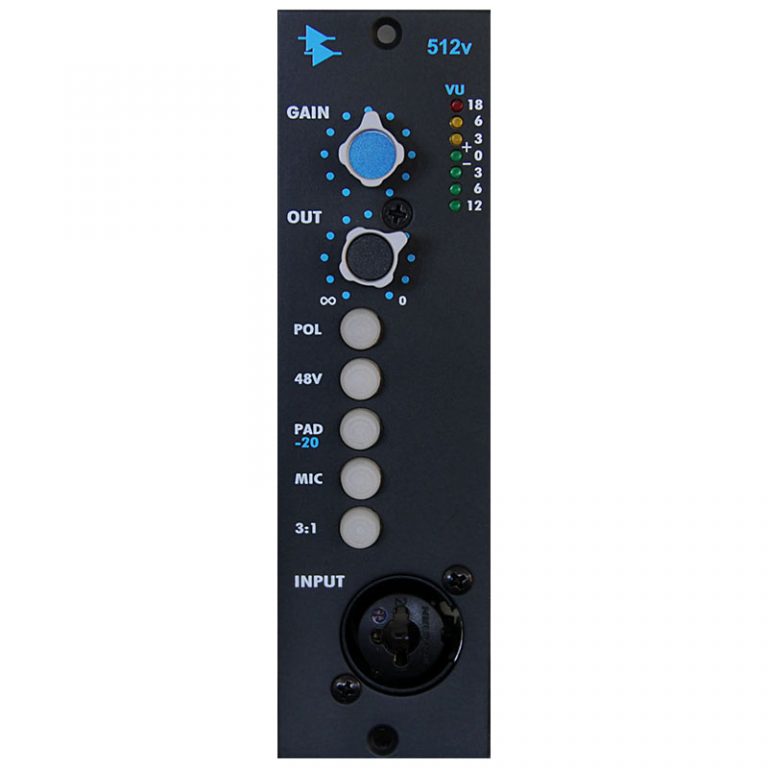 The 512v is actually an API 512c with one important exception – it features a variable output designed to meet the needs of audio professionals using DAW’s or other input level-sensitive devices in their workflow. The 512v uses the same circuitry as originally designed by API’s founder Saul Walker, and utilizes the exact same high quality components, proprietary transformer and 2520 op amp as the 512v. In a direct response to market demand, the 512v eliminates the need for external signal attenuation through third party devices, and produces the same warm, analog signal that audio professionals expect from API. The unit is available for shipment immediately.

The API 512v remains faithful to the circuit designs of API’s founder, Saul Walker. Fully featured and still hand assembled, the 512v carefully preserves the original sound character that made it so much a part of the early days of recording. Offering high headroom and a wide variety of inputs and input access points, it is equally at home in the commercial recording studio as it is in the home project studio.

The 512v Mic/Line Preamp makes use of the 2520 op-amp and therefore exhibits the reliability, long life, and uniformity which are characteristic of all API products.