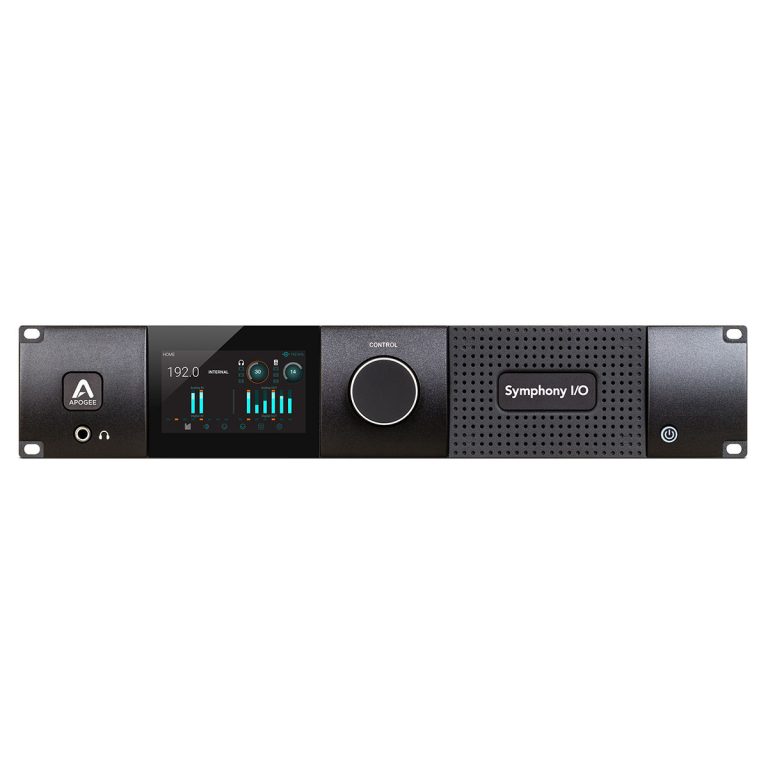 € 2.979,00 For European customers, please select your country to view the correct price including vat

Symphony I/O Mk II Thunderbolt is the most powerful multi-channel audio interface for Thunderbolt-based Mac workstations.  Designed for the home or professional studio running Logic Pro X or any other native based DAW, this system offers your choice of 4 different base I/O configurations with the option to expand up to 32×32 simultaneous channels per unit while still maintaining incredibly low latency.

Symphony I/O Mk II Thunderbolt relies on Apogee’s proprietary Thunderbolt driver, written from the ground up to offer unmatched performance and efficiency. When using Logic Pro X, latency has been reduced to an astounding 1.35 ms round-trip*, allowing you to monitor through your DAW, plug-ins included, simplifying your workflow and leveraging the power of your Mac. Even when your session’s DSP demands require a higher buffer setting, Symphony I/O’s ultra-low latency means no longer having to choose between power and speed.