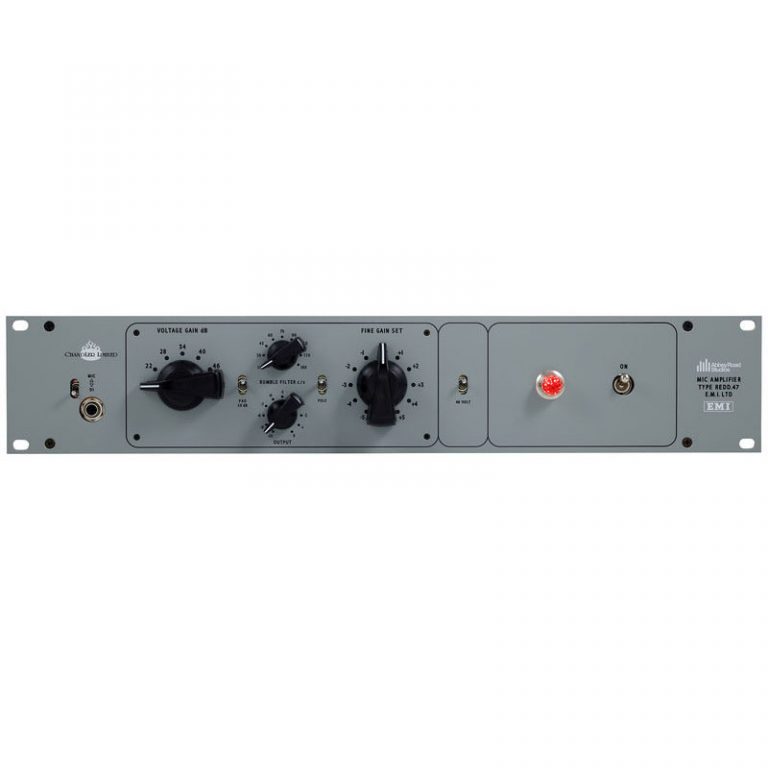 € 3.300,00 For European customers, please select your country to view the correct price including vat

Designed as a central component to the EMI REDD.51 recording console, the original REDD.47 line amplifier was used to amplify virtually every stage of the audio path (mic inputs, line inputs, echo sends and monitors).

The REDD.47 lent its unmistakably punchy, aggressive character to music recorded at Abbey Road Studios’ Studio Two between 1964 and 1968, including many tracks by The Beatles.

The Chandler Limited REDD.47 Mic Amplifier offers many additional benefits to the original design including increased gain, allowing a range of tonal options from pristine clean sound to classic rich, saturated tone with up to 2% harmonic distortion before clipping. The Chandler Limited REDD.47 preamp easily reproduces the distortions heard on The Beatles’ ‘Revolution.’