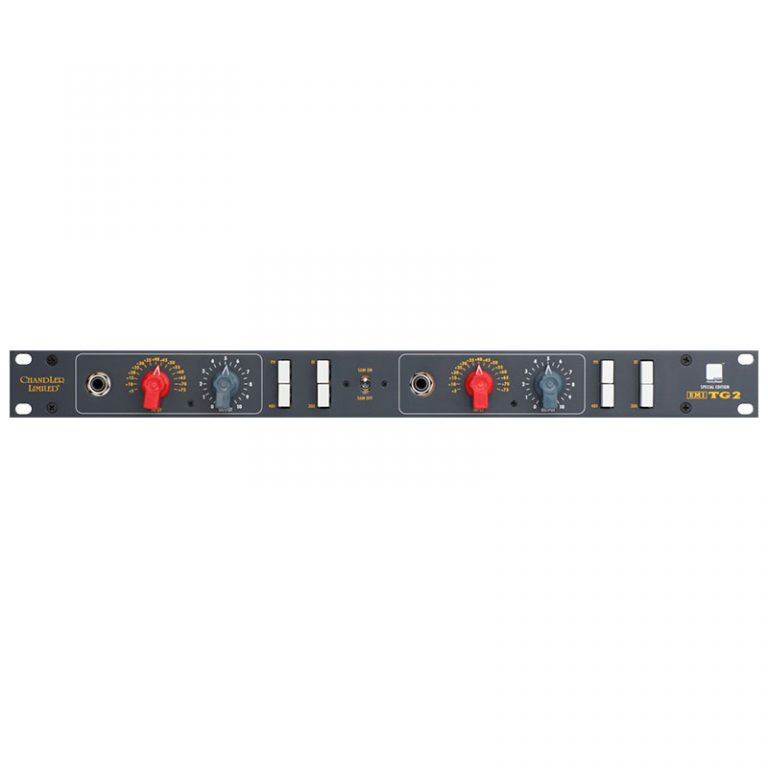 € 2.569,00 For European customers, please select your country to view the correct price including vat

The Chandler Limited TG2 Pre Amp/DI is a recreation of the rare EMI TG12428 pre amp used in EMI/Abbey Road recording and mastering consoles in the late 60s and early 70s. The sound was used on many famous recordings done at Abbey Road including The Beatles “Abbey Road” and Pink Floyd “Dark Side of the Moon.”

This microphone pre-amplifier features the same discrete transformer balanced amplifiers as the TG series limiter and offers a creamy, smooth tone with a surprisingly open, clear top end. The sound, as explained by many users, has “warmth” and punch, but with a “beautiful” expanded top end. In fact, the unit does have a small rise in its top-end frequency response and some warmth inducing distortion, which contribute to its sound.