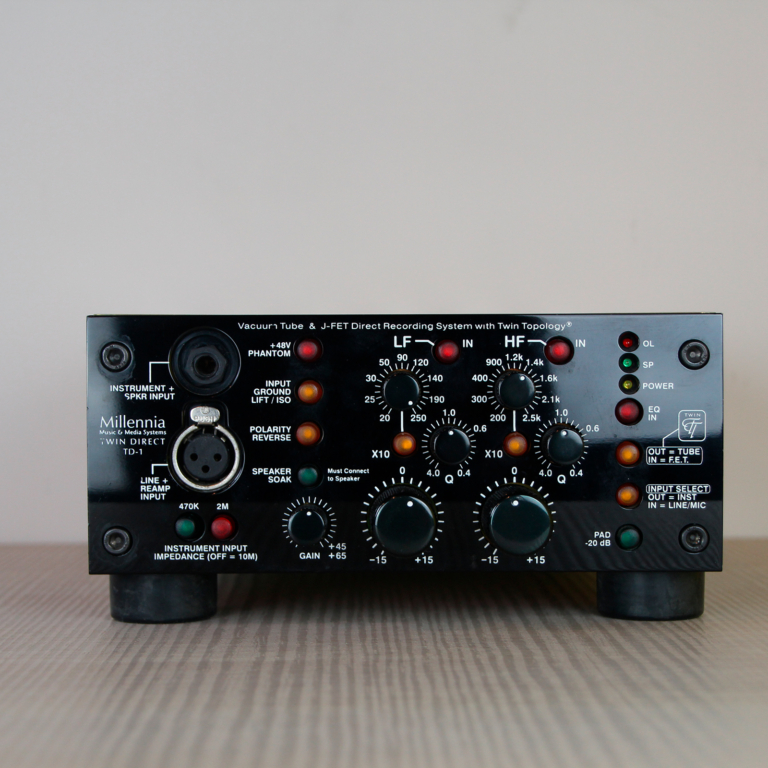 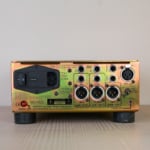 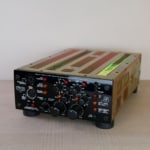 Bassists go crazy for the Millennia TD-1, but bass is just one of the TD-1’s many talents. A half-rack version of the flagship Origin STT-1 channel strip, the TD-1 features Millennia’s Twin Topology, letting you choose between tube and solid-state flavors at the push of a button. A super-charged DI and so much more, the TD-1 puts the sound of Millennia’s ultra-pure HV-3 preamp into your hands, along with the detailed yet subtly tube-tinged sound of Millennia’s M-2B preamp. Whether you use it as a stage or studio bass/guitar box or as a convenient grab-and-go microphone preamp, the sophisticated TD-1 is fully prepared for sonic sculpting, thanks to two bands of mastering-grade NSEQ-2 parametric EQ. What is more, Millennia included guitar power amp inputs with Speaker Soak technology, so you get a load-realistic sound, capturing the nuance and color of a live amplifier.

Half-rack version of Millennia’s premium channel strip
When you want the best of what Millennia has to offer in one grab-and-go box, the TD-1 is your ticket. It’s a half-rack version of Millennia’s top-of-the-line channel strip, the Origin STT-1. Just like the Origin, the Millennia TD-1 offers both tube and discrete solid-state signal paths, followed up by two bands of mastering-grade EQ, all at excellent value.

DI with variable impedance Speaker Soak technology
The Millennia TD-1 does many things well, but it’s particularly well suited for guitar and bass work. Onboard, there’s a DI with variable impedance to match the box to your instrument. More than that, Millennia included their proprietary Speaker Soak technology, so you can run your amp’s power output directly into it, for a load-realistic response that feels and sounds like you’re playing live. Beyond that, Millennia primed the TD-1 for reamping and outfitted the box with a wide range of I/O to meet your stage or studio needs.

Nine outputs ready the TD-1 for use anywhere
Millennia took great measures to make sure the compact TD-1 box does everything but box you in. In addition to offering versatile sound characteristics, thanks to its Twin Topology design, the TD-1 sports nine outputs, so you can easily pipe into nearly any setup imaginable. Outputs include balanced and unbalanced line on XLR and 1/4″ as well as two 1/4″ reamp outputs, a direct out, a balanced transformer output, and an audiophile-quality headphone output.

Millennia gear is made for detail
Founder and chief designer John LaGrou takes the same approach to his exceptional audio gear as he does to the wine he cultivates in the California countryside. Detail matters, it’s everything. Whether in a vintage of wine or your multi-track mix, taken together, those details can make a major difference in the end result. Millennia equipment celebrates those fine, subtle points, bringing you gear that’s built with uncompromising quality to deliver purity in music.