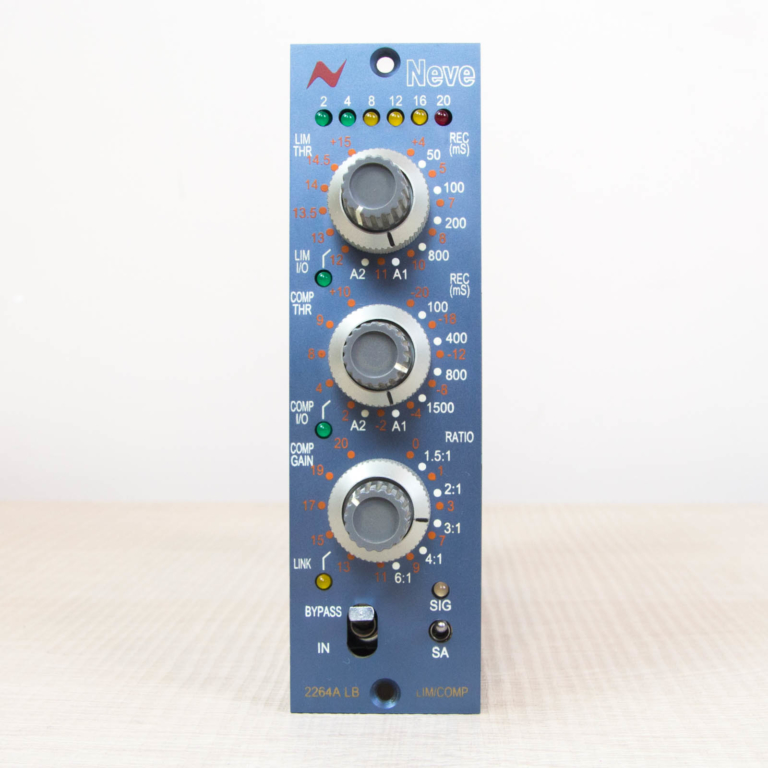 Originally designed in 1974, the Neve 2264A mono Limiter/Compressor unit quickly became a legend. Delivering similar facilities and performance as the earlier 2254 Limiter/Compressor type, it did so despite being packaged in a more compact form-factor. Discrete, Class A/B design and transformer-coupled circuits used in the input, innovative bridge-driver design, side-chain and output stages ensured a totally unique sound. The original 2264A units are still sought after, decades after production stopped, and they remain one of the milestone pieces of studio equipment.

Crafted in England by Neve engineers, the Neve 2264ALB retains the unique sonic characteristics of the original 2264A by using the same architecture, matching components and original hand-wound transformers as its classic counterpart and adds new features: a Signal Presence indicator LED and a Slow Attack option. And it delivers it in a modern and portable form-factor which professional producers and engineers demand.

Simply install into an empty slot in your compatible 500 Series rack, connect your line level signals and inject the legendary Neve dynamic sound into your audio creations. And it’s the perfect pairing for the incredible Neve 1073LB microphone pre amp module. The 2264ALB module can be inserted between the input and output stages of the 1073LB module, creating an all-new Neve classic audio path.