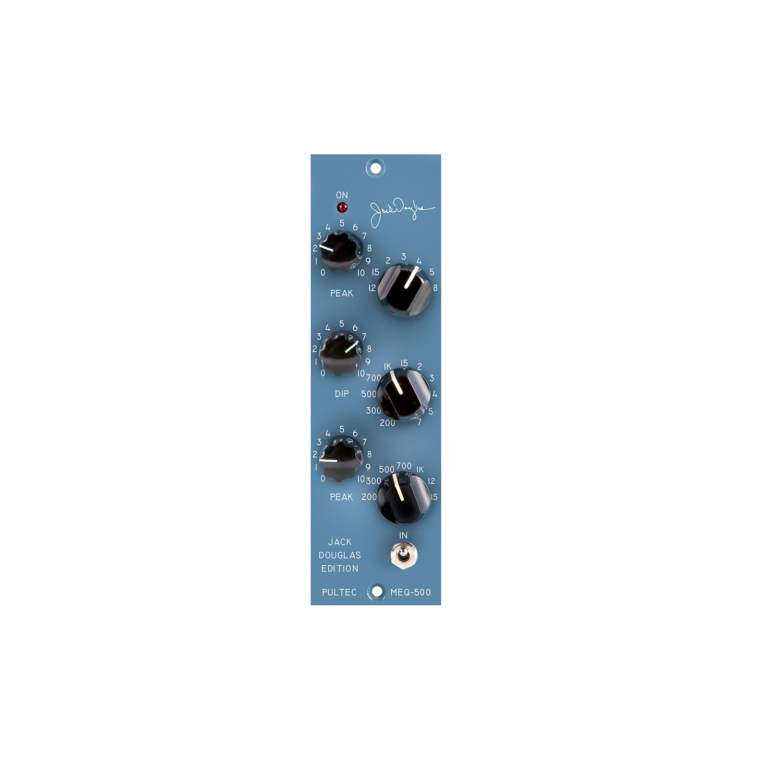 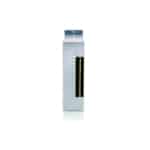 Pulse Techniques recently introduced a 500-series version (EQP-500X) of our popular 19″ rack-mount solid-state line amp program equalizers (EQP-1A3-SS & EQP-1S3-SS) equalizers. Based on the venerable API 2520 op-amp followed by a high-quality Triad output transformer, these are preferred by some engineers to the vacuum tube models.

Before bringing the MEQ-5 midrange equalizer into the 500-series family, we discussed the project with legendary producer/engineer Jack Douglas (John Lennon, Aerosmith, Alice Cooper, Cheap Trick, etc.). Jack has indicated previously that the MEQ-5 has been a staple of his guitar, bass, vocal and keyboard sounds over the years. With Jack’s input, we made a few enhancements to the standard MEQ passive EQ section, which included the addition of 1.2k and 1.5k centers to the low-mid, addition of 1.2k and 8k to the high-mid (overlaps low-mid section and expands top-end) and some minor tweaks to the Q of the high-mid settings. We are proud to recognize Jack Douglas with the production of the MEQ-500 Jack Douglas Edition 500-series Midrange Equalizer.

Just like the tube and rack-mount solid state versions, the MEQ-500JD provides exacting control of the “power region” in program material, that frequency range from about 300 Hz to 5000 Hz in which most of the sound energy is concentrated.  The ear is especially sensitive to sounds in this region.  In this region, even small resonances in studio acoustics and microphone and speaker responses are very evident in their effect on the listenability of the sound.  Three independent sets of controls make it possible to boost on a peak curve at 200 – 1000 Hz while simultaneously boosting on a peak curve at 1.5 – 5 kHz, while simultaneously dipping at 200 – 7000 Hz.  Guitars, vocals, horns, strings, keyboards, snares, toms, anything with significant midrange that requires complex contouring is a candidate for the MEQ-500JD.