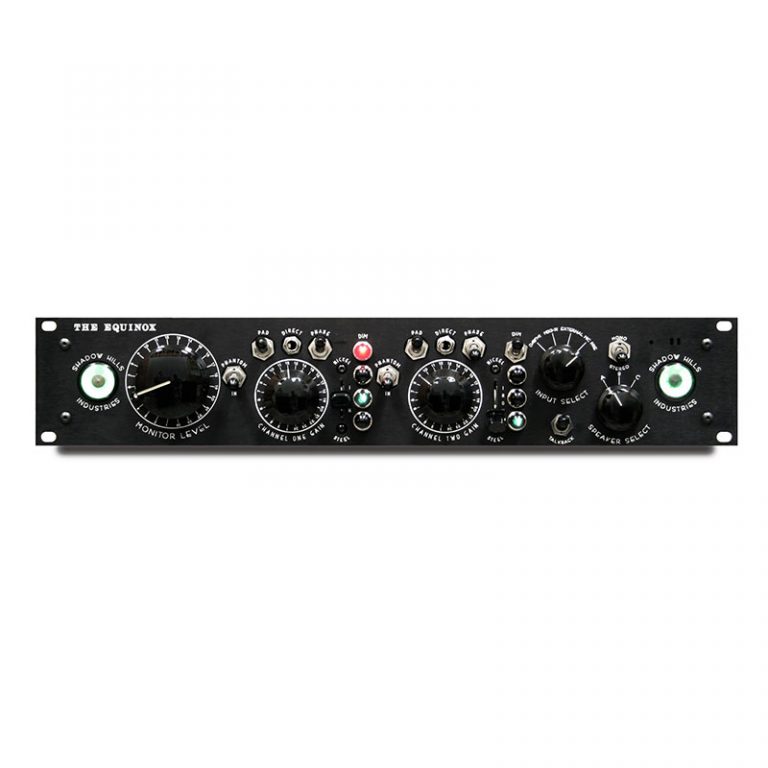 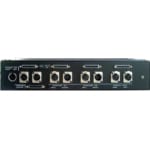 The summing buss is a 30-channel mixer utilizing copper buss bars and esoteric resistors, for simply the finest sounding passive monitor section ever made. Combined through our switchable custom output transformers, Nickel, Iron, and Steel. Effectively giving you the sound of three different consoles. The Mic Pres are the same as our stellar Gama.

There is a built in talkback microphone, a dim and a mono stereo switch, and VU-meters. The Equinox may just be the most solid two rack spaces ever built. With it you can record, mix, and monitor to the tolerance of a bygone era.

The front panel is engraved. The knobs are bake-lite, and the two-rack space external power supply will work in any country on any voltage.