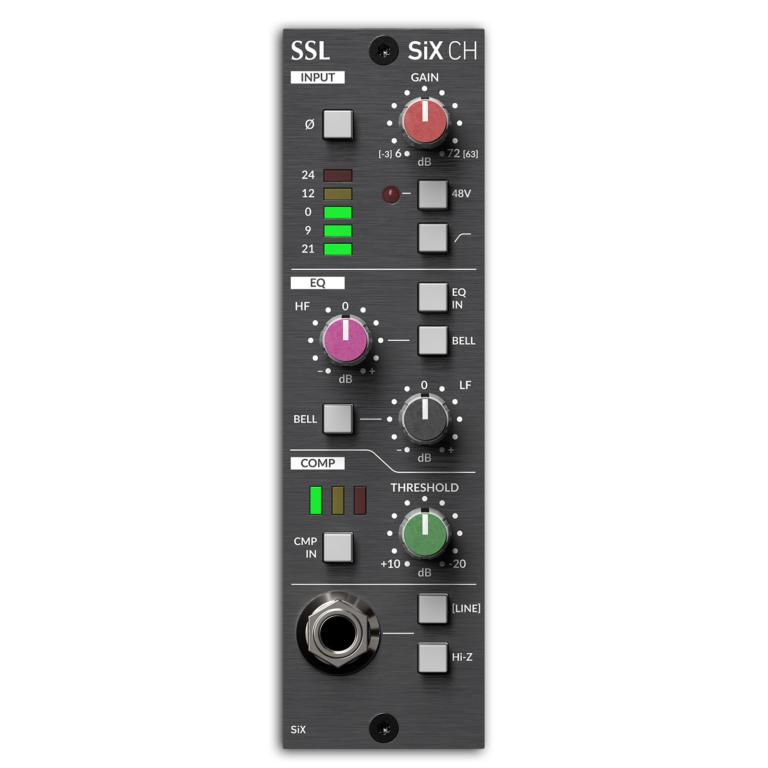 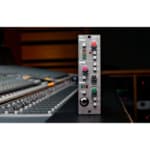 SiX CH EQ is a classic SSL style gentle, broad stroke two-band design with high and low shelving filters at 3.5 kHz and 60 Hz, +/-15 dB gain range. Each band can be independently switched between shelving and bell curves. The bell curves change centre frequency to operate at 5 kHz and 200 Hz giving greater versatility from the two controls.

A ‘one knob’ channel compressor with features that give powerful and versatile performance from its deceptively simple controls. Using the tried and tested SSL feed-forward circuit design, program-dependant attack time and automatic make-up gain to maintain signal level. SiX CH’s channel compressor is capable of smoothing, enhancing and squashing exactly as the production requires.

The front facing TRS line input offers a convenient way to add instruments on the fly or use SiX CH as a feature packed summing module. 10 kΩ nominal Line Input impedance can be changed to 1 MΩ via the Hi-Z switch. The 1MΩ impedance makes this input suitable for very high impedance sources such as passive guitar pickups without the need for an external DI box.