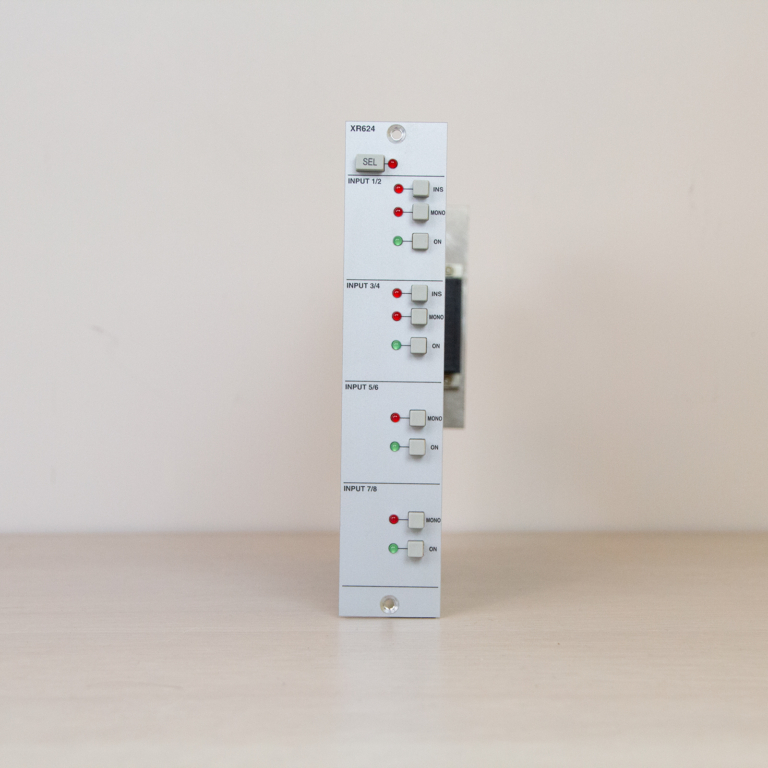 The SSL XRack Eight Input Module was developed in response to requests from X-Rack users for a line input module designed to accommodate larger quantities of stereo line level inputs from studio sources such as multichannel audio interfaces, sub mixers and synthesizers.
The Eight Input Module offers greater connectivity than the Four Input Module but does not offer independent Level, Solo & Pan control. The Four and Eight Input Modules are both designed for use in conjunction with the recently released Master Bus Module, the summing, metering & control room module that enables users to configure the X-Rack as a multi input, dual stereo bus mini SSL summing mixer with Total Recall.