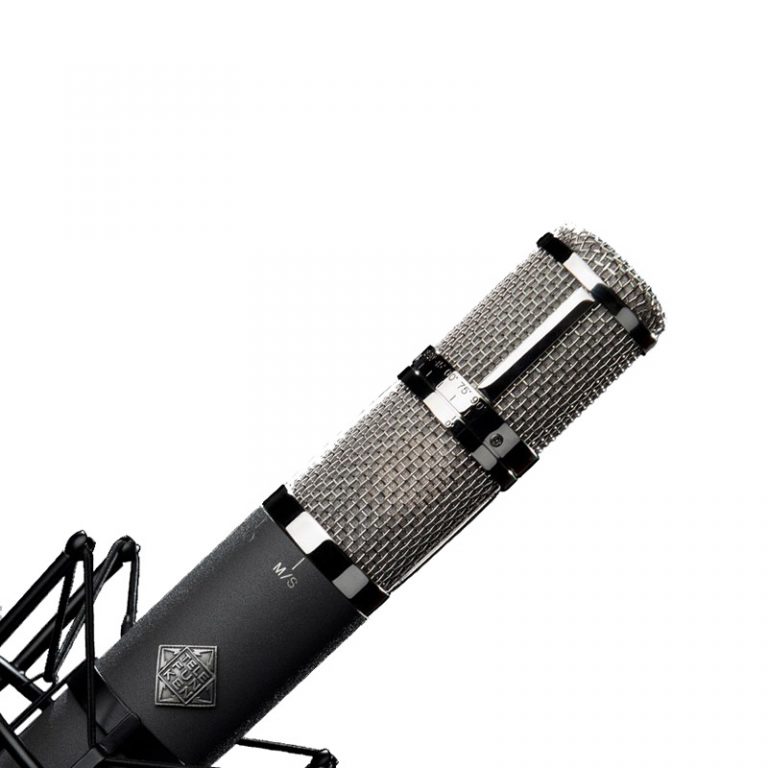 The R-F-T AR-70 is an advanced stereo version of our popular AR-51 tube condenser microphone. It features a matched pair of 1″ dual sided capsules (the same capsules found in the AR-51), a New Old Stock ECC81 vacuum tube (the same tube found in the AR-51), and a matched pair of European made custom wound T14/1 output transformers (the same transformers found in ELA M 250/251 and AR-51 microphones) all in a single, easy to setup system.

The AR-70 includes one fixed cardioid capsule on the bottom, and on top, a capsule wired for remote multi polar pattern capabilities. This allows the mic to perform multiple stereo recording techniques, as well as a standard single channel monophonic recording. In stereo mode the AR-70 can be set up in standard X/Y configuration, with each capsule orientated 90 degrees away from each other, resulting in a perfectly co-incidental pair.

With the option of the multi-pattern functionality of the top capsule, the mic can also be used in Mid-Side (M/S) technique, where the lower capsule is fixed in cardioid, and the upper capsule is rotated 90 degrees and set to the Figure 8 pick-up pattern.

One of the most unique ways to use the R-F-T AR-70 is in “dual mono” mode, which can lead to all kinds of interesting textures for vocals. By running the outputs into two different microphone pre-amplifiers, the user can now have one capsule set up to sound its best on quiet passages in a vocal and the other for louder passages.

If the user runs about 10db more gain on the microphone pre-amplifier for the capsule that is set up to record quiet passages, then both outputs can be recorded separately and blended later; or a compression device can be used on the pre-amplifier that is set up for the quieter passages which will net about 12-15db of gain reduction as the singer gets louder. These two outputs can be summed and the resulting signal will maintain a relatively constant level while being automatically combined for optimal capture the performance.